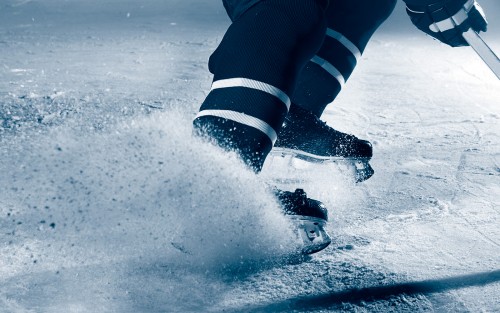 New research by Monash University shows that homophobic and sexist language is rife across Australia’s professional ice hockey community, with nearly three-quarters of players admitting to using derogatory slurs on the rink.

Explaining his findings, Denison advised “(ice) hockey has been a leader in efforts to end homophobic and sexist behaviour and so the results of our research will help the sport to refine the approaches it is taking. It is important to target the underlying cause of the problem, which is what our research will help hockey to do.

“We also wanted to research hockey because it remains the only major pro sport that's never had a gay athlete come out either while playing or in retirement. This seemed odd to us because the NHL has been quite proactive in this space.

“We will be supporting hockey, and the LGBT organisation with which it works, You Can Play, to use the results of the research to improve and refine its programs and approaches.”

But according to Denison, the language does not appear to be motivated by ‘homophobia’ or ‘sexism’, rather a desire for social acceptance and to conform to what is viewed to be “culturally normal”.

Findings were released yesterday at the International Conference on Sport & Society, being hosted at Ryerson University in the Canadian city of Toronto.

Denison advised “we found a very large disconnect between positive attitudes about gay people and the negative language being used.

“For example, 86% of participants said they did not think it was okay to make jokes about gay people and 77% said they were confident they would stop others bullying a gay teammate. Furthermore, 82% of players believed a gay person would feel welcome on their team, despite homophobic slurs being used regularly.

“Similarly, 79% of players said they did not think it was okay to make jokes about women and 80% would have no problem having a female coach.”

Denison also suspects younger players are learning this language from older athletes. But, in order to stop the negative cycle, he said a massive culture change in team sports was needed.

Exposure to this language is associated with high rates of suicide and self-harm among LGBT youth, and sexist or homophobic has been shown to deter both straight girls and LGBT youth from sport.

Matthews believes it is imperative that homophobia is addressed at all levels and codes of sport by encouraging younger players to take a stand against offensive language – both in the sporting arena and on the sidelines.

She explained “I’m a big believer that people want to do the right thing and don’t want to harm others but don’t know the harm being caused by the language they are using. I think the best way to educate and change the language is through sharing our experiences, which is one reason why we created the LGBT hockey team.

“The culture and the language will change if more players we have sharing experiences at the grassroots of sport and being honest with how they feel and showing support for others. Not every discussion is going to result in changing someone’s mind or getting them to change how they act, but I just tell my story and hope they relate to some part of it.”