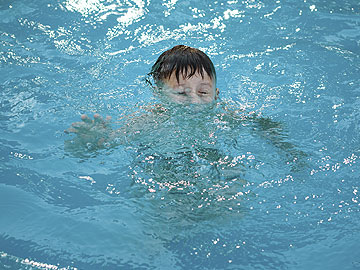 The new Royal Life Saving National Drowning Report 2016 found that 280 people drowned in Australian waters in 2015/16 - a 5% increase on the 267 drowning deaths recorded last year, with males drowning at a far higher rate than females.

Almost one fifth of deaths (19%) occurred among those aged between 25 and 34 years, with 52 deaths recorded. This was higher than any other age group and a 27% increase against the 10 year average.

This year, beaches were the leading location for drowning, accounting for 23% of deaths, followed by rivers and creeks (21%) and ocean/harbour locations (19%).

Scarr noted the decrease in the number of people drowning at rivers, creeks, lakes and dams is encouraging, commenting “the Royal Life Saving Respect the River program has been well received in communities around Australia, with initiatives along many rivers including the Murray, the Swan, and the Katherine River”.

Although rivers and other inland waterways often look calm from the surface, there may be submerged obstacles which are not visible and conditions can change rapidly.

Scarr emphasised “we want people to remember Respect the River’s four simple safety tips; wear a lifejacket, avoid alcohol around water, never swim alone and learn how to save a life”.

There was a 30% decrease in the number of children aged under four years who drowned this year when compared to the 10 year average, with 21 deaths recorded. Children under five are at the highest risk of drowning, making this age group a high priority for drowning prevention initiatives.

11 children aged between five and 14 years drowned this year. Although this was a decrease against the 10 year average, these tragic events reinforce the importance of all children learning swimming and water safety skills. Royal Life Saving continues to urge parents to ensure that their children participate in programs such as Swim and Survive,to build vital water safety skills to prevent drowning and promote lifelong safe aquatic activity.

One quarter (25%) of all people who drowned were known to have a pre-existing medical condition, most commonly cardiovascular disease. Being aware of medical conditions is important, as they can impact on fitness and ability in the water. Royal Life Saving recommends that people aged 55 years and over undergo regular medical check-ups, allowing early detection of chronic disease, as well as appropriate monitoring and treatment.

Alcohol consumption was also a risk factor for drowning, with 15% of people found to have a positive readingfor alcohol in their bloodstream at the time of drowning. Royal Life Saving highlights alcohol can impair judgment and coordination, slow reaction times and increase risk taking behaviour. Of those who had consumed alcohol, 40% recorded a blood alcohol concentration (BAC) that was four times the legal limit (0.2mg/L) or higher.

This year, 25 overseas tourists drowned. Almost half (44%) of these visitors were from Asian countries, with most incidents occurring away from patrolled areas on beaches, in resort swimming pools and rivers, whilst swimming or diving. Royal Life Saving advises tour operators and international student education services to ensure that they factor in water safety when planning tourist activities anywhere near the water.

Drowning occurred all year round but peaked in January during warmer weather. More deaths were recorded on Sundays than any other day of the week, with almost half (45%) of all drowning deaths occurring in the afternoon between midday and 6pm. 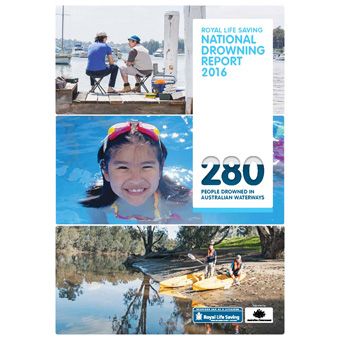 The Report follows the release of the Australian Water Safety Strategy 2016-2020 in April this year. The Strategy identifies high risk age groups, locations and challenges.

Scarr concluded “by targeting areas of high concern, leading water safety organisations are able to focus resources where they are most needed and work together to create effective drowning prevention strategies.”

For more information, a range of drowning prevention resources or to download a copy of the Royal Life Saving National Drowning Report 2016 go to www.royallifesaving.com.au