New report highlights the impact of climate change on cricket 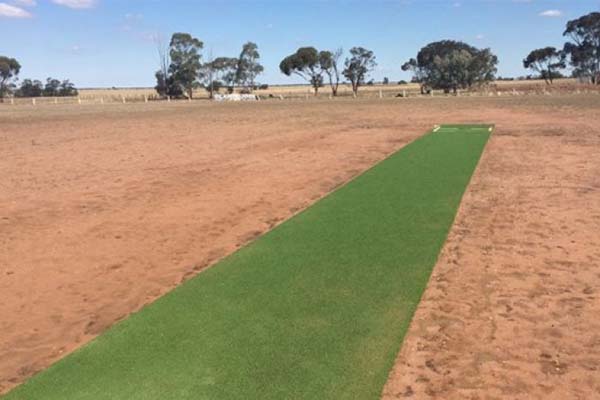 A new report, Hit for Six, released today at Lords in England brings together the expertise of climate scientists and sports physiologists to explore what climate change is doing to the sport of cricket.

The Hit for Six report advises governing bodies to develop specific "climate for cricket" action plans including science based-policies to protect players, umpires and spectators from the risks of extreme heat.

In the report, Sustainability Manager for Marylebone Cricket Club at Lord’s Cricket Ground, London, Dr Russell Seymour notes “it would be a mistake to think that climate change is something that may happen at some point in the future. The consensus of the vast majority of scientists is that, while the effects of climate change will increase in years to come, its impacts are with us now, as this important report explains.”

Co-author Dominic Goggins, said the report was pertinent for Australia, given that while summers in Australia have always been warm, eight out of the ten hottest years in Australia’s history have been since 2005, and if global warming is allowed to continue at its current rate Adelaide and Perth will have a 60% increase in days over 40°C in 2030 (compared to the 1981–2010 average).

"There definitely do need to be firm policies on when it is deemed to be too unsafe to play cricket at the highest level.”

Goggins added: "The whole of the cricket authority world needs to wake up to this problem.
We want all cricket boards to take this seriously.”

Goggins highlights that research undertaken by the University of Portsmouth found that "a full day in the crease, given the shuttle runs you're required to make when you're running between wickets, can be the equivalent of running a marathon.

"Imagine doing that in heat which can top 43C, 44C, which we've seen at times in Sydney."

Kontouris advised: "It's quite a spectrum. It can initially have a bit of dehydration and it could just affect performance a little bit, but at the back end of the spectrum is full-on heat illness and heat exhaustion.”

While professional players have the benefit of health professionals on standby to help them cope with heat and humidity, that's not the case for junior and park cricketers.

"It takes into consideration the temperature, the humidity, wind and sun. And you can plug all these things into a tool and it predicts what the risk is going to be like."

The plan is to release the tool as a smart-phone app. 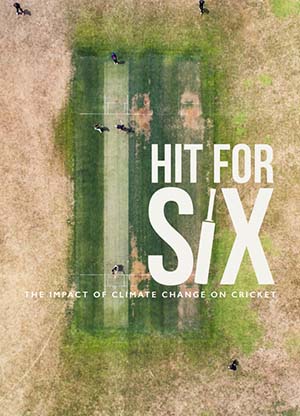 The Hit for Six report also highlights the potential for sport to draw awareness to the impact of climate change with Dr Seymour noting “Climate change is a problem that sport can help to fix, with cricket well placed to take a lead.”

He stresses that with cricket destined to be the hardest hit by climate change, “climate change should appear high on the risk register of cricket bodies. In response, these organisations should, firstly, review their actions and reduce their impacts (following the recommendations in this report will go a long way to accomplishing that goal). Secondly, they should act as trusted ambassadors to discuss, openly, the future impacts of climate change, and other sustainability issues, on the sport loved by many and what can be done to help.”

With climate change drying out cricket grounds, making players more vulnerable to heat stress and increasing the likelihood of match disruptions from extreme weather, Australian Conservation Foundation’s Director of Campaigns and President of Youlden Parkville Cricket Club, Dr Paul Sinclair advises “Cricket is at risk of being bowled over by climate change.

“Cricket Australia can lead the appeal for national and global action to cut climate pollution to zero and protect cricketers by joining the UN’s Sport for Climate Action Initiative.

Dr Sinclair adds “grassroots players and supporters need Cricket Australia to go into bat for action to fix the root causes of climate change. That means knocking fossil fuels out of the park and pushing clean energy to the top of the batting order.

“Community sporting clubs already improve the health of millions of Australians every day. By speaking up they can be a powerful force for climate action that protects the sports we love and the health of our country.”

Youlden Parkville Cricket Club, in Melbourne’s inner north, has become the first cricket organisation in the world to sign up to the join the United Nation’s Sport for Climate Action Initiative.

Click here to view the Hit for Six report.

Images: Dry wicket (top, courtesy of Cricket Victoria) and the Hit for Six report (below).