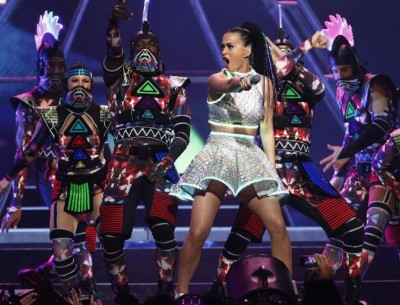 Media reports suggest that the VenuesWest agency is under scrutiny for misusing tickets after two board members gave away Katy Perry concert tickets to family and friends.

The breach of VenuesWest's ticket allocation and corporate hospitality policy emerged after The Sunday Times approached the Western Australian Government agency with the allegation.

The West Australian newspaper says that VenuesWest has launched an investigation into the breach of its ticket allocation and corporate hospitality policy after being contacted by The Sunday Times newspaper.

Chairman Graham Partridge told AAP the claim of inappropriate use of tickets at Katy Perry's November concert was raised at a board meeting last week.

Two unnamed board members declared they received four tickets each, which were used by family members and friends. However, as neither member attended the concert they were apparently in breach of VenuesWest policy.

Partridge told the AAP "I have spoken to the two board members involved and, in the interests of natural justice, I have requested they explain the circumstances of the use."

The revelation follows the resignation of Healthway Chair Dr Rosanna Capolingua's resignation following improper use of corporate tickets to sports and arts events in Perth.

In relation to the VenuesWest claims, Partridge said there was no way of knowing whether other board members had also breached the ticket policy without making an admission.

Partridge plans to speak to the two offending members who handed out the Katy Perry tickets and hear their position before making a decision on their future.

Speaking to The Sunday Times he added "this is a breach of VenuesWest Ticket Allocation and Corporate Hospitality Policy and I am investigating the matter.

Partridge said, on average, between three and five tickets a week were used by board members and staff to represent and promote VenuesWest’s facilities in corporate boxes and at VIP functions.

Over the past three years, the board and staff have received a total of between 450 and 500 corporate and VIP tickets.

VenuesWest's ticket allocation and corporate hospitality policy states a 16-seat suite and 12 tickets will generally be made available to the agency for a limited number of Perth Arena events each year.

The number of 'house seats' allocated for business purposes, such as attendance by board members to enhance knowledge of venue operation or networking, is at the discretion of the chair.

Minister Davies stated "I am taking this matter very seriously and if there has been a contravention of the policy I expect appropriate action to follow."

In the wake of these issues, Tourism WA has undertaken a review of its corporate hospitality contracts, policies and processes.

Click here to view the original report in The Sunday Times.

Click here to view the original report in the West Australian.

Image shows Kate Perry on stage during her Prismatic Tour.