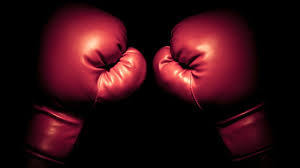 Queensland Sports Minister Mick de Brenni is to instigate a new investigation into the safety of combat sports in Queensland following the deaths of two young boxers in recent years.

Speaking to the ABC, Minister de Brenni said disappointed with a recent Queensland Government committee inquiry into high-risk combat sports, that he has personally pushed for a new review.

He is now reportedly liaising with Queensland Premier Annastacia Palaszczuk to finalise details of a departmental examination that will consult with all interest groups.

Minister de Brenni said this was something the previous parliamentary committee inquiry failed to do, stating “clearly I think there needs to be some sort of framework to safeguard the welfare of participants and protect loss of lives.

"I've spoken to most of the peak medical groups and most of the peak combat sports bodies and from my conversations what they have told me is that there is a general acceptance that something needs to change."

Queensland and the Northern Territory are the only jurisdictions in Australia where combat sports such as boxing are unregulated.

That is despite two young boxers dying in Queensland since 2010, soon after taking part in boxing bouts.

In October 2010, 19-year-old amateur boxer Alex Slade slumped to the canvas in the fourth round of his fifth fight in Mackay.

He was taken to Townsville Hospital, but he never regained consciousness and died a week later.

The 23-year-old collapsed an hour-and-a-half after his featherweight fight, and never regained consciousness.

Forming this new investigation was one of Minister de Brenni’s first major decisions since becoming Sports Minister earlier this year.

He said it was time to properly examine whether Queensland's self-regulatory regime should continue, and he hoped it would start within the next two months.

He added "I'm absolutely determined to do everything that we can to ensure that there isn't further needless loss of life.”

A parliamentary committee inquiry recently recommended no action be taken to regulate combat sports in Queensland, handing down its findings in December last year.

The inquiry held no public hearings, and received only eight submissions.

In a highly unusual move, committee chairman and MP Peter Russo tabled a "statement of reservation" with the committee's final report.

He said he disagreed with the process and findings of the committee, as he thought specific legislation was needed to prevent further death and injury.

Minister de Brenni was unimpressed with the way the inquiry was handled, concluding "I want to see an in-depth process that does include public hearings. I want to see that the disparate and fragmented nature of the sport is brought together."