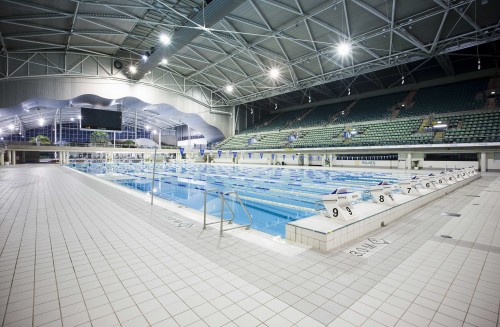 As part of World Environment Day, the Sydney Olympic Park Aquatic Centre (SOPAC) has unveiled an innovative new cogeneration plant which will not only save energy costs at the Centre, but will also help to reduce greenhouse gas emissions.

SOPAC is one of Sydney Olympic Park Authority’s largest energy consuming asset, with in excess of 6,000 MWh of electricity consumed each year.

The two 260 kilowatt cogeneration plants will supply the majority of the Centre’s power needs including energy for water filtration, pool heating, space heating and lighting to the facility.

The plants will run on natural gas and enable the Aquatic Centre to operate off the grid during their normal operation hours. This will deliver significant savings in energy consumption of 1.8 million kilowatt hours per year and energy cost savings on the energy bill in excess of $250,000 per year.

The improved energy efficiency of the cogeneration plant will reduce the Aquatic Centre’s production of greenhouse gases by 1,250 tonnes of carbon dioxide per annum which is the same as taking 6,280 cars of the streets.

The total cost of the project was $1.8 million, an investment that is expected to pay for itself in reduced energy bills in only seven years at current electricity prices.

Unveiling the major environmental initiative on World Environment Day, NSW Minister for Sport and Recreation Stuart Ayres stated “the cogeneration plant will generate electricity and supplement the work of the existing electric-powered boilers, allowing reduced use of the boilers with the gas-fired plant shouldering the load.”

“This project is a win not only on economic grounds, but also environmentally, reducing greenhouse gas emissions at the same time it is cutting energy costs.”