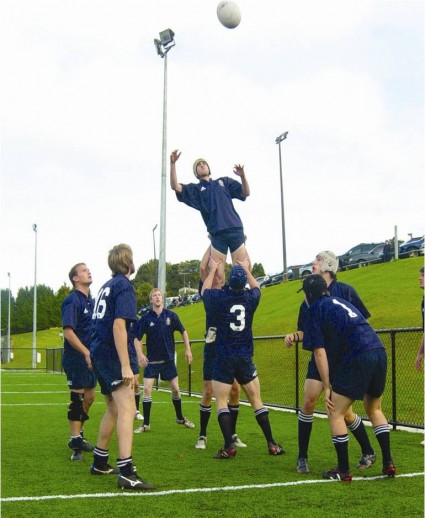 The Australian Rugby Union (ARU) is to launch a new domestic rugby competition in 2014, the National Rugby Championship.

Set to feature eight to 10 teams from major centres across Australia, the new annual competition will run at the end of the Super Rugby and club rugby seasons from August to October.

Introducing the Championship, ARU Chief Executive Bill Pulver said the competition will be an exciting spectacle for fans and will enhance the pathway to develop elite players, coaches and match officials.

Pulver explained "this new competition will be a tremendous opportunity for Rugby fans to support teams from across the country in a local competition that we hope will rival New Zealand's ITM Cup and South Africa's Currie Cup at a time of year when there is little local Rugby being played.

"This is a major vote of confidence in Australian Rugby (and will) offer the opportunity to introduce innovative rules to the game to improve the spectacle for our fans."

Pulver added that the Competition will be self-funded through sponsorship from Fox Sports and Foxtel, with Fox Sports televising one live match per round, plus the semi-finals and final. He also explained that, in addition to providing additional broadcast content, the National Rugby Championship will generate extra revenue for Rugby.

Expressions of interest are to be sought from existing clubs wanting to compete in the competition, either in their own right or to form a syndicate with other organisations such as universities or individuals.

The ARU has set up the National Rugby Championship Commission to establish the competition, with the Commission including representatives from Australian Rugby Union, the Rugby Union Players' Association (RUPA), Super Rugby, FOX SPORTS and Foxtel.

It is chaired by independent sports consultant, John Boultbee AM, who has worked extensively in Australian and international sport including rowing, football and at the Australian Institute of Sport.

The announcement of the new competition has been welcomed by RUPA, which has strongly advocated for Australian Rugby to improve the elite player development pathway.

RUPA Chief Executive Greg Harris said RUPA is pleased to have played a key role in the inception of the National Rugby Championship, stating "in 2007, 98% of our members said there was a missing link in the transition from club level to Super Rugby so we're very excited and optimistic about the long-term benefits that a high-level, national competition can deliver to the game competitively and commercially.

"This new competition will give all non-Wallaby Super Rugby players an opportunity to continue to develop their skills in elite match conditions and will provide an opportunity for an additional 150 players to experience Rugby in a semi-professional environment."

Expressions of Interest are now being sought from existing clubs wanting to compete in their own right, clubs wanting to form a syndicate with other organisations such as universities or individuals who would like to apply for a place in the competition.

Successful teams will be selected based on a number of criteria including: financial performance; professional team staffing structure and environment; commitment to player development; venue facilities; links to Super Rugby clubs; and current or potential fan base.

Applications close on 13th January, with successful teams expected to be announced by the end of February.

For more information go to www.rugby.com.au