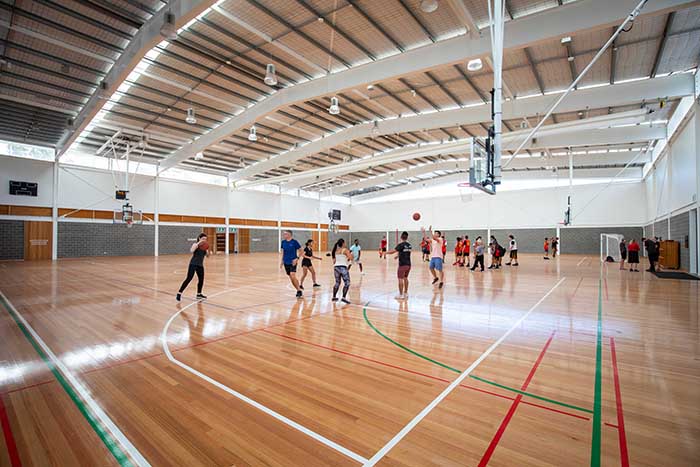 The facilities include two indoor and two outdoor courts for competition and practice, a kiosk, reception area and change rooms, plus outside terrace and landscaped grounds.

Lord Mayor Clover Moore said the new centre will meet the growing demand for new sports facilities in the inner city, advising "for many city residents, our parks, open space and recreation centres are their only backyard, providing important spaces for children to play, and for neighbours to meet and interact.

“Since 2004 we have completed over 250 major projects including parks, playgrounds, pools and sports facilities and this new facility in Alexandria will provide south Sydney families with opportunities to get involved in a wide range of sports.

“With over 60,000 residents moving to Green Square, there has been growing demand for facilities that will cater for popular sports like futsal and basketball.

“This Candalepas Associates designed recreation centre is perfectly positioned to meet the needs of our growing community, including families with young children. The centre’s indoor spaces will mean sport can be played all year round, especially during winter and on rainy days.” 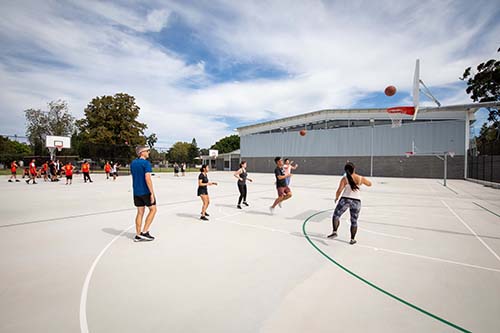 The centre will make a significant contribution to the inner city’s need for diverse and accessible recreational facilities, as outlined in the City’s Open Space, Sports and Recreation Needs Study adopted in November 2016.

Perry Park has been used for basketball since the late 1960s and the new centre is next to the existing dual-court Alexandria Basketball Stadium. Andrew Lazaris OAM, President of the City of Sydney Basketball Association, said the new centre builds on this history.

“The opening of Perry Park Recreation Centre is a very exciting development for the City of Sydney Basketball Association and the local community,” said Lazaris.

“The popularity of basketball combined with the local population boom will mean that there will be more opportunities for people to play basketball and other sports. We would like to thank the City of Sydney council and, in particular, Clover Moore for their ongoing support.”

The centre has been designed to allow for future expansions. A synthetic field will be built at Perry Park by 2021, and the design allows for the outdoor courts to be converted to indoor courts in the coming years.

The new facilities at Perry Park are just some of many state-of-the-art sporting complexes planned for inner Sydney.

In nearby Huntley Street, the City will transform a warehouse into an indoor sporting complex with additional multipurpose indoor courts, a management office, storage, change rooms, seating and lighting.

Perry Park Recreation Centre is 700 metres from Green Square train station and next to the Bourke Road cycleway.

Images top and above: Perry Park, courtesy of Katherine Griffiths, City of Sydney