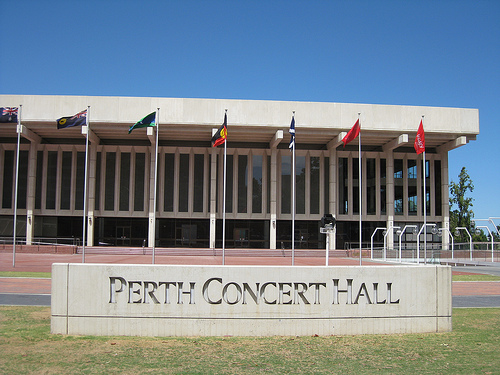 The City of Perth Council has approved a new management plan for the Perth Concert Hall that will see the venue run by the West Australian Symphony Orchestra (WASO) and the Western Australian Department of Culture and the Arts through its Perth Theatre Trust.

Following a unanimous vote, the Council will enter into a management agreement for the cultural landmark to be managed on behalf of the City for the next 20 years.

The City called for expressions of interest in July this year for the heritage venue’s lease and management, after granting PTT (leasees since 1981) an extension to 31st December 2014.

Perth Lord Mayor Lisa Scaffidi said the PTT/WASO consortium would see Perth Concert Hall become WASO’s permanent home, something the Council has been supportive of for many years, driving the desired activation which is planned to enhance the vibrancy of Perth and its music and arts landscape.

Explaining the move, Lord Mayor Scaffidi stated “we’re very happy that these organisations have come together with a smart collaboration and are championing a bold vision to breathe new life into a Perth landmark.”

Given WASO events comprise 70% of the venue’s annual programming, and supported by the expertise of the Perth Theatre Trust, Council agreed with the consortium’s submission that its experience is unmatched and would ensure a seamless management transition.

Ensuring the venue is adequately used was a key outcome from Councillors meeting in June to determine the long term objectives and future direction for the Perth Concert Hall, prior to calling for interest in the lease.

The City has set key performance indicators for the new leasees to ensure the asset meets the City’s objectives of maintaining a high quality venue that is used for a variety of entertainment, performances and events for the general public.

Council acknowledged that the 41 year old building is in need of some structural and operational maintenance which the consortium’s proposal would see jointly funded by the City and State.