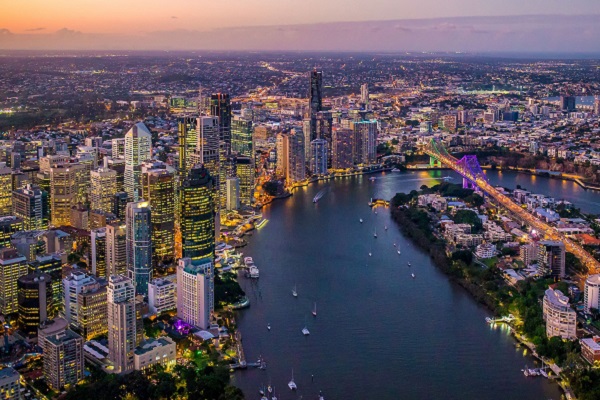 The Queensland Government has passed legislation to establish an organising committee for the Brisbane 2032 Olympic and Paralympic Games.

Passed in the state Parliament yesterday, Queensland Premier Annastacia Palaszczuk advised that the Brisbane Olympic and Paralympic Games Arrangements Bill 2021 was the next step in the State’s marathon run to 2032.

Premier Palaszczuk commented "in the (Queensland Parliament's) final sitting week of the year, we have passed this important legislation to kickstart planning for Brisbane 2032 and lay the foundations for the $8.1 billion uplift the Games will deliver.

“Over the next decade, the OCOG will continue to collaborate with Games partners, including the International Olympic and Paralympic committees, the Australian Olympic Committee and Paralympics Australia, and three tiers of Government.

“The Organising Committee will be responsible for some of the most memorable moments of the Games - from triumphant torch relays, to an inspiring opening ceremony and a showstopping closing ceremony at no cost to the taxpayer.

“The International Olympic Committee and private commercial revenue, including domestic sponsorship, ticket sales and merchandise will ensure all activities associated with the organising committee are delivered on a cost-neutral basis.

“It will engage thousands of enthusiastic Queenslanders to be Games volunteers, and undertake an enormous logistical feat, arranging accommodation and transport for tens of thousands of competitors, officials and media.

“I know the Organising Committee will deliver an unforgettable and unifying Games for Queensland, Australia and the world.”

The Organising Committee will operate as an independent statutory body, with a Board of Directors overseeing its effective and efficient operation.

Premier Palaszczuk added “I’m proud of the extensive consultation that took place in the preparation of this Bill, ensuring that the Board reflects the diversity of our community – including a requirement that there is appropriate First Nations representation and that 50% of nominated directors are female.

“Embracing our diversity and taking a ‘buy local’ approach, we’ll ensure that all Queenslanders reap the rewards and benefit from the legacy of Brisbane 2032.”

Appointments to the Board will be made over the coming months, including the President and other independent directors following an international search.

The Bill provides that the Board will be made up of the following:

22nd October 2021 - Costs already on the rise for Brisbane Olympics