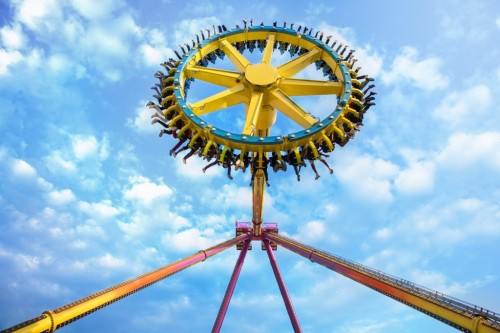 India's latest and most elaborate theme park has opened, featuring special-effect Hindu gods and Bollywood-themed rides, aiming to tap a thirst for family entertainment among the country's rising middle-class.

At a cost of $300 million, the Adlabs Imagica is located at Khopoli, between the western cities of Mumbai and Pune, with capacity for 10,000 to 15,000 visitors a day.

In the style of a Disney or Universal Studios park, the new attraction hopes to fill a gap in the Indian leisure market and comes with twists to appeal to the domestic audience.

Attractions include a 'Wrath of the Gods' show, in which Hindu deities furious with humans 'cause the ultimate destruction' amid temple ruins.

The 'Curse of Salimgarh' involves a haunted fortress named after an old Delhi structure, while a 'Mr India' motion simulation ride is based on a 1987 Hindi superhero film of the same name.

Manmohan Shetty, whose firm Adlabs Entertainment Ltd set up the complex, explains "it was our vision to create an entertainment theme park of international standards in India."

A water park, hotel and shopping area will also be launched at the 121-hectare site in phases, while Shetty plans to open another venture in the southern Indian city of Hyderabad in 2015.

Tickets are expensive by Indian standards - at 1200 rupees (AUS $21) for children and 1,500 rupees (AUS $27) for adults on weekends - but Shetty is confident of meeting a target of three million visitors a year.

A day out for a family of four could cost about 10,000 rupees, with the Bollywood entrepreneur, who also introduced multiplex cinemas to India, adding "(that is) not a huge expense once or twice a year."

The park will attract urban middle-class families who are spending in ways unimaginable a decade ago but who still have limited leisure options, said Ankur Bisen, vice president at retail and consumer products consultancy Technopak Advisors. 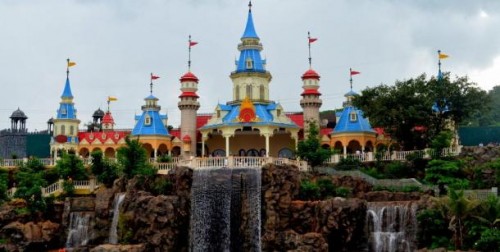 Since India's economy liberalised in the early 1990s, household spending has risen on new areas such as eating out and travel, spurred by increased exposure to global trends, Bisen explained, stating "it's affordability meets desirability. People are starting to see what they're missing in their lives."

The new park fits the trend across Asia, which has become a new frontier for large-scale outdoor attractions in recent years thanks to growing affluence and cheaper air travel.

India however is yet to attract major global theme park operators to its shores, in part because of concerns over infrastructure and spending power.

On a recent visit to Mumbai, Walt Disney International President Andy Bird was reported as saying they had no plans to open a park in the country, instead focusing on their Shanghai resort.

Adlabs imported all of its new rides owing to India's lack of technology and it took on staff with experience at international theme parks - but it could be some time before the international attractions brands.

As Bisen concludes "we're at the point where the market is not big enough for Disney to come in, but it's big enough for an Indian businessman to come and seize the opportunity."

For more information go to www.adlabsimagica.com/