Sydney’s revitalised Darling Harbour precinct, including the International Convention Centre Sydney (ICC Sydney), was formally opened to the public over weekend at the Celebrate Darling Harbour event, designed to give Sydneysiders a taste of the vibrant new city hub.

Visitors were invited to enjoy a parade of musical acts, including Grammy Award winner KIMBRA, and get a glimpse of Australia’s premier convention, exhibition and entertainment venue, before its first day of operation on 20th December.

NSW Premier Mike Baird unveiled a commemorative plaque to officially open the venue, saying it and its team will revolutionise the city’s business and entertainment offering for visitors and locals alike.

“It is a magnificent accomplishment for the State and will play a significant role in boosting the local economy, generating at least $5 billion in economic benefit for New South Wales over the next 25 years.

“By its third year of operation, ICC Sydney will hold over 1000 spectacular events annually and attract countless visitors to our shores for a year-round calendar of activity. Sydney is truly set to boom.” 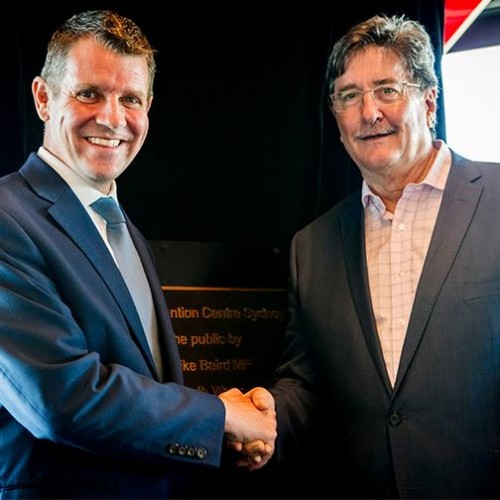 ICC Sydney Chief Executive Geoff Donaghy, said the venue will become a centre of innovation, commenting “we know that ICC Sydney will fundamentally change the way events are experienced in Sydney, and are committed to ensuring that each one is a show to remember.

“Our exceptional facilities and world class team will deliver a new benchmark for the industry. And in testament to our outstanding offering, we have already secured almost 500 bookings, with hundreds more in the pipeline.

“From the time we open, the venue will be activated with amazing events, starting with exhibits like The Hunger Games: The Exhibition and Brickman: Wonders of the World Exhibition, and performances from international superstars Keith Urban, PJ Harvey and Nick Cave and the Bad Seeds.

“We look forward to welcoming the world through our doors.”

In advance of the venue’s first event, a concert by Keith Urban in the 9,000 capacity ICC Sydney Theatre on Wednesday (14th December), and its first day of operation on 20th December, the venue has already staged more than 400 test events. 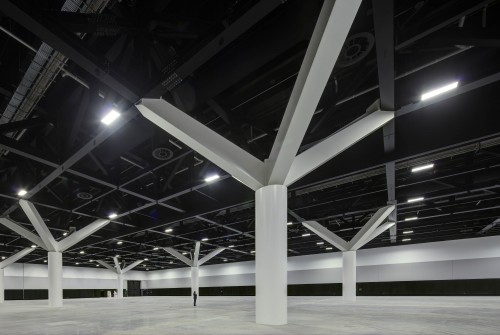 The flexible and fully integrated precinct is connected to the city’s key districts and has strong transport links and a raft of accommodation choices nearby. The revitalised public domain also now includes a stunning new amphitheatre event space for up to 11,000 people, and an additional 3,000 metre²of green space in Tumbalong Park.

The Celebrate Darling Harbour event saw members of the public invited to tour the venue and get a glimpse of the operations of the world’s newest convention, exhibition and entertainment venue.