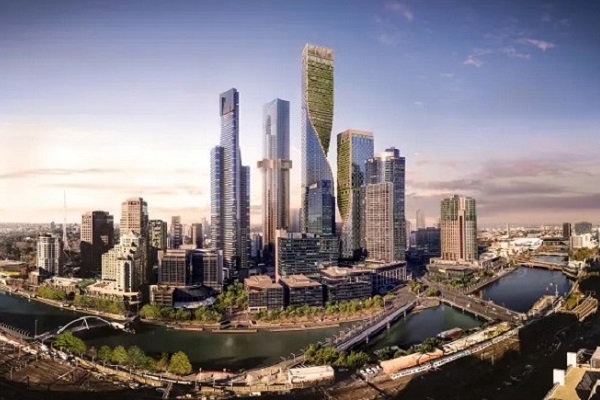 Malaysian-backed developer Beulah International has lodged plans for a $2 billion development on Melbourne’s Southbank that will include a 202-key hotel with 120 hotel residences and 6600 metre² conference centre.

The proposed 5-star Southbank Skyscraper urban resort will be topped with a “world-class rooftop culinary experience”, with views of the Melbourne skyline.

The taller of the two towers which will offer residential apartments will rise 356.2 metres under the proposal, making it the tallest tower in the Southern Hemisphere.

Introducing the project, Beulah Managing Director Jiaheng Chan stated “our project is a vote of confidence in Melbourne’s economy, and it will transform Southbank.

“It’s our vision to improve the urban environment on City Road and create an internationally significant landmark that will be a vibrant mini metropolis for people to live, work, shop, learn, play and stay.”

Chan added “we have worked closely with both the Department of Environment, Land, Water and Planning and the City of Melbourne and are inspired by their vision for Southbank.

“We see this project as an extension of the famous Arts Precinct and we are already in discussions with prospective prominent local and international art collaborators to create an experience to complement the current arts offering.”