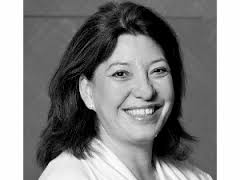 Announcing the appointment, ITOC President Brian Henderson explained that Immink brings a wealth of knowledge and experience of the tourism industry to the role. This includes establishing a successful inbound tour company, NZ Educational Tours (NZET) in the early 1990s, which she ran successfully for 14 years.

NZET was a double New Zealand Tourism Award winner. It won the 'Best Small Operator' in 2000 and the following year won the 'Organised Group Tours and Touring' and several national environmental and sustainable awards.

In 2006 she sold NZET to take her family travelling around the world for 10 months. For the past three years Mrs Immink has been working for an American wholesaler travelling extensively throughout New Zealand working with product suppliers. She has also been teaching tourism, hospitality and restaurant services at secondary and tertiary levels.

Henderson explained that "we look forward to working with Lesley to advance the interests of New Zealand tour operators and suppliers who handle a large share of New Zealand's inbound tourism business."

With Immink's appointment, ITOC now has a full-time Chief Executive able to focus on the members and the issues they face.