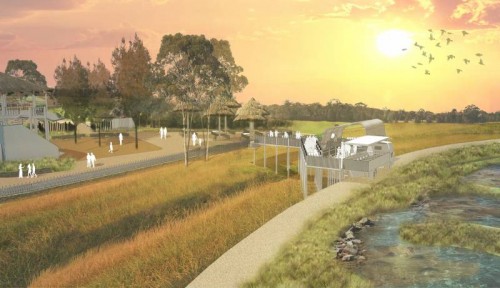 The allocation of $7.5 million towards the Dubbo-based attraction’s ongoing visitor experience capital works program is part of a wider $50 million, 10-year partnership between the Zoo and the NSW Government.

The 3.5 hectare savannah will combine expansive views of the lion pride with close-up encounter areas, as well as key breeding facilities. As part of the project, behind-the-scenes night yards and a second up-close exhibit will be constructed to allow keepers to display how they work closely with and care for the lions.

Set in a recreated African village, the exhibit will also feature free ranging goats and birds, interpreting how communities in Africa live with a top predator.

The Pridelands African Lion adventure is due to be completed in late 2017, capping off the Zoo’s 40th birthday celebrations.

Some of the fresh funding will be used to continue other projects including changes to the giraffe and elephant enclosures. The Zoo is also planning upgrades to its wildlife hospital and clinic to continue its animal care and rehabilitation programme.

The Taronga Centenary Visitor Experience program, announced by the NSW Government in March 2015, includes co-funded projects which will transform visitor experiences and create vital animal habitats at both Taronga Western Plains Zoo and its sister facility Taronga Zoo in Sydney.