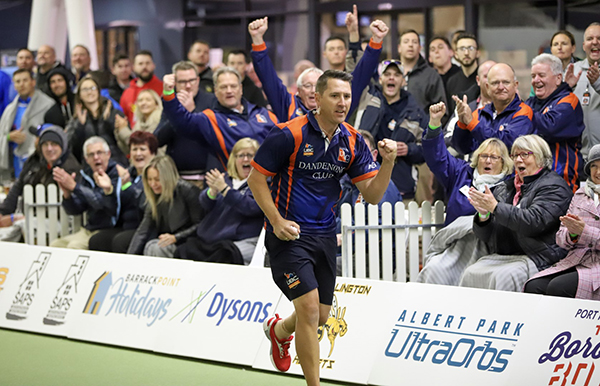 The new format Ultimate Bowls Championship (UBC) is reaching a massive worldwide audience and introducing new fans to the sport.

In the UBC, teams from Australia, New Zealand and Asia compete under modified rules, which allow players to score points from every bowl and for both teams to accumulate points in the same end.

The result is much faster, higher-scoring games.

With $500,000 in prize money on offer across the three events, UBC is the most lucrative bowls competition in the world.

The excitement around the UBC is set to reach a crescendo this week, with the world’s best players gathering in Moama, NSW, for the third and final event of the year.

The event will be played at Moama Bowling Club on 12th and 13th December.

Casey, himself a former bowls world champion and Commonwealth Games gold medallist, added that UBC “has breathed new life into the sport” in just its first year of competition.

He went on to comment “we wanted the UBC to do for bowls what T20 did for cricket, and that’s certainly coming to fruition.

“With all the games broadcast across Australia, New Zealand and Asia, the UBC is reaching a massive worldwide audience and introducing new fans to the sport.

“It’s massive for the players, too, because not only do they get the opportunity to play for some serious money, they get to showcase their talents on one of the sport’s biggest stages.”

UBC has a broadcasting partnership with the Seven Network, which sees the new competition televised on 7TWO, Fox Sports, Sky Sport NZ and Fox Sports Asia.

The inaugural UBC event in April this year was won by the Dandenong Club, with Taren Point taking home the trophy and $60,000 cheque from the second event in August.