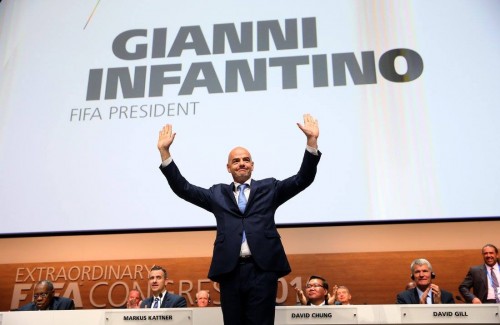 UEFA General Secretary Infantino received 115 votes in a second round of voting at the historic FIFA Extraordinary Congress in Zurich, more than the required majority of 104 votes from the 207 members.

"I want to be the President of all of you ... it is time to return to football.

“FIFA has gone through hard times, crisis times, these times are over ... we have to win back the respect, and focus on this wonderful game that is football."

The day also the adoption of significant reforms by FIFA aimed at improved governance, transparency and gender equality. The reforms include the disclosure of salaries, Presidents to be limited to three terms of four years, separation of political and managerial functions, promotion of women in football and for human rights to be enshrined in FIFA statutes. 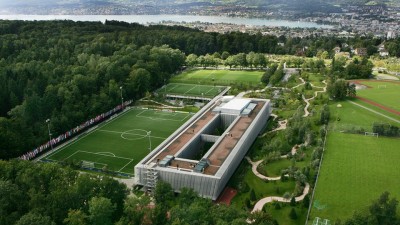 The FFA has welcomed the outcome of the Congress, with Chairman Steven Lowy saying that even thought it had voted for Prince Ali of Jordan, Australia was pleased with the overall progress made on the day.

Lowy stated “today was the best day FIFA has had in many years.

“The mood for change was in the air and the Congress voted overwhelmingly to move forward with a new structure and new leadership to implement it.”

Lowy described Infantino as an impressive and experienced football administrator who appreciated the challenge FIFA faced in restoring its credibility, stating “David Gallop and I have met him several times in the past few months and have been impressed with his knowledge, his energy and his determination to lead FIFA into a new era.”

Ethics in sport campaign group #NewFIFANow congratulates Infantino on his election and advised that it “notes the adoption by FIFA Congress of changes to the FIFA Statutes.”

However, a statement from the group advised “notwithstanding that some reforms are inarguable and welcome, #NewFIFANow believes that they do not address the fundamental structural flaws within football nor, importantly, its culture.

“The reforms fail to make football accountable to the two most important stakeholders in the game – players and fans, as well as the clubs and leagues in which they play and that they support.

“We are of the view that expanding the membership of the FIFA Council and potentially the World Cup, does not address what it is purports to do, but entrench a larger power elite.

“While noting the principle behind handing more power to an appointed independent official through various committees, #NewFIFANow also notes that this is vested in one official only. These include important functions of governance, finance and audit that should be shared and managed transparently.

“The performance of these functions to date by the incumbent has been with little regard to transparency and accountability, including around important issues related to the FIFA Presidential election. Further, the definition of independence is not consistent with community standards.

“Of concern is the lack of checks and balances required of the 209 football associations and six confederations. These entities are not representative of the game's stakeholders, hold significant influence at the grassroots and professional level in their countries and regions, and yet remain unaccountable. Significant cultural and systemic changes are required at this level if the modest reforms agreed today are to have any real and lasting impact.

“We are disappointed that the FIFA Executive Committee did not agree to an independent advisory group to oversee reform. While this would not be as far reaching as an independent FIFA Reform Commission led by an eminent person that we have been recommending, it would have been an encouraging step in the right direction.

“#NewFIFANow will continue its advocacy to ensure that the game's forgotten stakeholders get the world football administration that they want and deserve.” 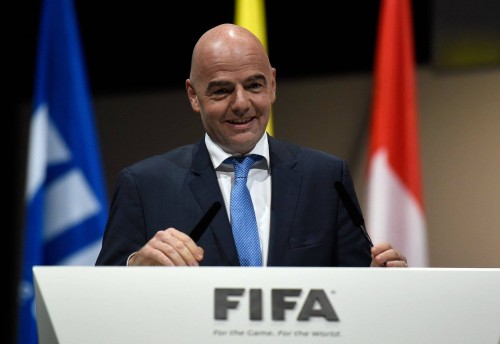 Professional Footballers Australia (PFA) echoed these statements, calling for the voice of the world’s players to be heard at FIFA to ensure that all stakeholders can hold the organisation to account.

PFA interim Chairman Craig Foster said the changes were not sufficient to address the governance failings that have plagued the organisation, stating “alongside the fans, the professional players of the world are the game’s most important stakeholders and they remain unable to directly influence the reform process and ongoing management of the game

“The reforms announced last night entrench power with the Member Federations and deny players a voice in the running of the game despite decisions made by FIFA deeply affecting the lives and careers of footballers globally. It is vital that FIFPro, as the representative body of the game’s main protagonists, plays a central role to avoid any repeat of the current scenario.

“Like in Australia, the world’s players understand that only a genuine partnership between all stakeholders can deliver the transparency, accountability and knowledge base to maximise the extraordinary potential of the beautiful game.

“Had this been the case at FIFA the current crisis would undoubtedly have been avoided.”