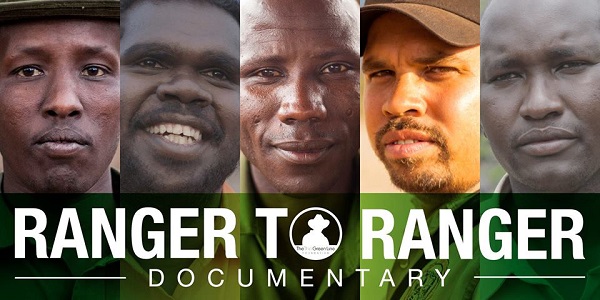 A soon-to-be-released documentary, Ranger to Ranger, will follow the journey of acclaimed Indigenous musician Dan Sultan and a group of Indigenous Australian Rangers as they travel to Kenya to share knowledge, culture and music with a tribe of Masai Community Rangers.

The nine Indigenous Australians are Martu, Kimberley and Jawoyn Rangers from both Western Australia and Northern Territory. Having never met before, they came together in Perth and joined with Sultan, who is a Gurindji and Eastern Arente man from the Northern Territory, to embark on this unlikely journey to Africa with The Thin Green Line Foundation.

Aiming to bring together two groups of people that have many things in common, including a deep connection to land and country, the purpose of this program is about sharing experiences and information as well as exploring and learning from the differences.

“To bring together Indigenous Rangers from Africa and Australia, and to take this journey and see it through the eyes of Dan Sultan, is an experience that will have lasting positive impact.”

The premieres will also feature a question and answer session with head Maasai Ranger Joseph Kotoke and Sean Willmore.

As the charity arm of the International Ranger Federation, its mission is to ensure that the people tasked with defending the world’s wildlife and wild places - the Rangers - are given the support they need. And in the case of a Ranger losing his or her life in the line of duty, it aim to provide emergency financial lifelines to the families of the fallen.

The Indigenous Ranger Exchange is a program of global Ranger organisation, The Thin Green Line Foundation.

For more information go to www.thingreenline.org.au