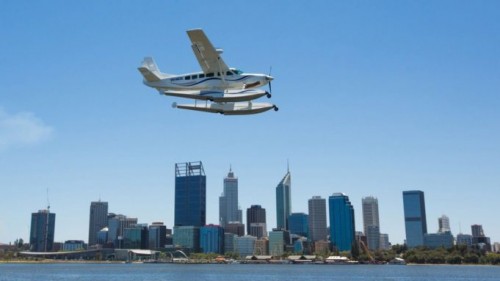 A raft of changes at the Western Australian Tourism Commission (Tourism WA) have seen the appointment of four new board members and Nathan Harding appointed as its new Chairman.

Western Australian Tourism Minister Paul Papalia announced this week that Manny Papadoulis, Karen Priest, Linda Wayman and Kevin Brown would join the Tourism WA board and that Harding, a successful wholesale travel business owner and board member since 2012, would be its new chair.

Minister Papalia said the new appointments would bring a wealth of experience and knowledge to the commission facilitate the delivery of the best tourism outcomes for the State.

Papadoulis, the current President of the Tourism Council of WA (TCWA), is an expert in small business tourism development and has extensive networks within the industry. He will take on the role as deputy chairman.

Brown is currently Chief Executive of Perth Airport and brings proficient skills in aviation and senior management to the board.

Former Telstra Business Woman of the Year, Wayman is employed in the media and has widespread experience in sales and marketing, events management and small business.

She is also a former General Manager at Southern Cross Austereo and EventsCorp.

TCWA welcomed the new appointments, highlighting that it has consistently advocated for people with industry experience and tourism marketing skills to be strongly represented among the Tourism WA Commissioners.

TCWA Chief Executive Evan Hall stated “as Commissioners, tourism industry operators who are exposed to the market are highly accountable for visitor growth and attuned to industry .

“This accountability is particularly important in the midst of the current Machinery of Government changes that will see Tourism WA incorporated into the Department of Jobs, Tourism, Science and Innovation.”

However, over recent weeks, TCWA has urged the Western Australian Government to reconsider submerging Tourism WA into a new mega-department, citing the latest visitor statistics that show an alarming decline in the number of people travelling to and within Western Australia.

The Western Australian Government plans to absorb Tourism WA, the independent agency responsible for promoting the State, into the Department of Jobs, Tourism, Science and Innovation as part of its ‘machinery of government” changes.

Following the announcement of the restructure, tourism businesses and industry bodies across Western Australia have voiced significant concerns with the potential impact of the changes.

The National Visitor Survey results for the year ending March 2017 show Western Australia has the poorest performance in domestic tourism of any State. The number of intrastate overnight visitors in Western Australia fell by 3.9% compared with average growth of 3.4% across Australia. Interstate visitor numbers decreased by 8.2%, in comparison with average growth of 3.7% across Australia.

In total, Western Australia is down by more than 450,000 visitors compared with last year.