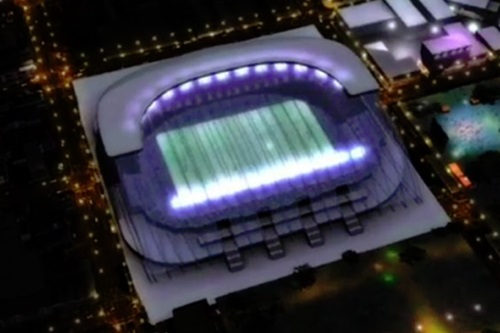 Christchurch City Council has advised that the city’s proposed new stadium could cost almost $1 billion to develop and operate, while advising that revenues from the facility will largely offset the cost of running it.

The projections were outlined as representatives of the construction industry were this week presented with the strategy, finance and commercial management work done to date, as Council executives seek to formulate an investment case for the project.

The new multi-use roofed stadium is projected for completion by the end of 2023 as the replacement for the now demolished Lancaster Park (damaged beyond repair by the 2011 earthquake that hit the city) and the temporary Orangetheory Stadium.

The Stuff.co.nz website said a 25,000 seat, plastic-roofed concept model is currently being tested by consultants EY, with construction expected to begin in late 2020 on a facility that could cost between $460 million to $520 million to build.

Stuff reported that operating costs for the new venue could be between $350 million and $450 million over the course of the first 25 years of its lifespan. At the latest project meeting, the Council said it expects revenue from the stadium to “largely offset these costs”.

Stadium project spokeswoman Mary Richardson said it would likely generate “significant revenue directly from running events”, without specifying precise figures, adding “work to date suggests that this will be sufficient to cover the operating costs.”

The Council has committed $253 million to the venue over several years in its long-term plan, with the Crown poised to contribute a further $220 million if the investment case is approved. Richardson said the investment case, which will go to the Crown by July at the earliest after being delayed by March’s terror attacks, will help define the cost estimates and would “identify an option which is within this estimate”.

Richardson concluded “we’re making good progress on this work, however, the investment case is not a design process and no decisions have yet been made on the arena development. That will happen following the presentation of the investment case to the council and Crown.”