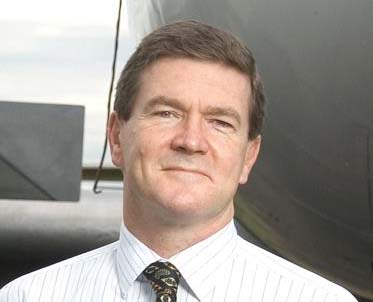 Kim Ellis has taken up his new role as Director and Chief Executive of the Centennial Park and Moore Park Trust.

Ellis brings a wealth of public and private experience to the role, having held a senior role at Sydney Airport during the 2000 Sydney Olympics, and nine years as the Chief Executive of Bankstown and Camden Airports.

Speaking of his appointment Ellis explains "I am extremely excited for my new position as Director and Chief Executive of the Centennial Park and Moore Park Trust.

"I have a long standing interest in the environment and will be working to achieve a balance of access, revenue generation and preservation that will ensure the Parklands are continued to be enjoyed now and by future generations.

"Centennial Parklands are a place of national significance, an outstanding public space - rich with culture and heritage that is celebrated and enjoyed everyday within the hustle and bustle of Sydney.

"The Trust's mission is to create and sustain a contemporary and vibrant environment to reflect the community we live in. I believe with my dedicated staff team behind me, we can continue our commitment to the millions of people who use these wonderful resources.

"Centennial Park and surrounding parklands are not only grass and trees - covering more than 360 hectares - we comprise of three parks: Moore Park, Queens Park, and Centennial Park and offer a broad range of experiences for the community from sporting, dining, events, educational
and leisure activities.

"We also boast some of the most renowned sporting and entertainment facilities in Sydney including the Entertainment Quarter (EQ) at Moore Park, Moore Park Golf and Driving Range, and many more."

During his time at Bankstown and Camden Airports, Ellis managed over 500 hectares of public land overseeing the planting of more than 3,000 new trees and the restoration and preservation of over 50 hectares of heritage bushland.

Hadfield has a proven record of successful fundraising and event management in the not-for-profit sector, as well as over 20 years managerial experience, particularly in the areas of marketing and communications.

Hadfield's involvement in the charitable sector has included Sylvanvale, the Juvenile Diabetes Research Foundation, the Humpty Dumpty Foundation, the Prostate Cancer Institute and the Australian Children's Music Foundation. He also has an interest in the environment as a Buschare Volunteer and Green Web member with the Sutherland Shire Council.