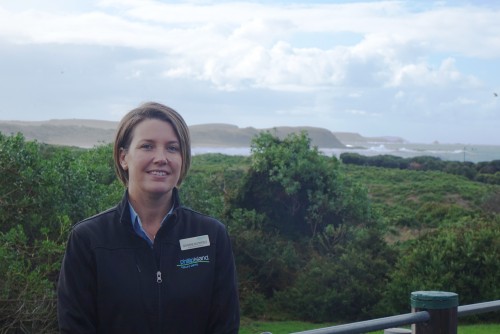 The Phillip Island Nature Parks Board has announced that Catherine Basterfield has been appointed as Nature Parks new Chief Executive - transitioning from her current role as the organisation’s Operations Manager with immediate effect.

Announcing the appointment, Phillip Island Nature Parks Board Chair Jeff Floyd stated “I am delighted to advise that Catherine Basterfield has been appointed as the new CEO, following a very rigorous selection process.

“The Board was impressed by the very strong field of applicants, and I would like to take this opportunity on behalf of the Board to thank everyone that expressed an interest in this challenging position.”

“I would also like to acknowledge Tracey Lindupp who has been acting in the role of CEO over the past two months, and thank her for her contributions during this time.”

Welcoming her appointment, Basterfield advised “I am excited by this opportunity to lead the dedicated management team and staff of the Nature Parks as we embark on this next chapter together.”

Basterfield commenced her career with the Nature Parks in 2009 as Financial Controller and has been the Operations Manager for the last two and a half years. During this time she has developed a comprehensive understanding of the organisation and has played a significant role in its many achievements.

Prior to joining the Basterfield, Catherine held roles at KPMG Australia in the auditing field, where she gained her qualification as a Chartered Accountant and at Bupa in the UK in a finance management position.

Basterfield  added “having grown up on the Bass Coast, I have a strong personal connection to Phillip Island, and I am thrilled at the prospect of sharing my passion for this wonderful, natural environment.

“I look forward to strengthening relationships and exchanging ideas about the Nature Parks’ future with staff and community members as one of my early priorities, and to working with the Board on what will be a very exciting future.”