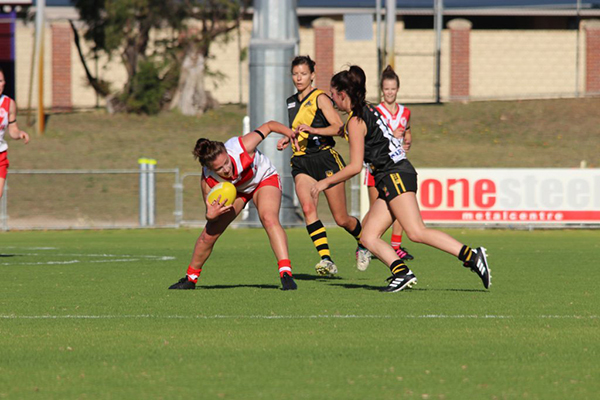 The Western Australian Government is contributing $75,000 to the $225,000 change room - with funding also coming from the Shire of Harvey, the Alcoa Sustainability Fund and HBL Football Club

Women's AFL has flourished in the South-West since the introduction of a women's league in 2017, with foundation club HBL now fielding both junior and senior female teams.

The new change rooms will provide HBL Football Club's women's teams with a dedicated change room for the first time - supporting the ongoing growth of the women's game and helping to consolidate the SWFL Women's early success.

Commening on the funding, Western Australian Premier Mark McGowan advised "the South West Football League Women's competition has enjoyed great success since its inception in 2017 and we're delighted to help support the growth of the women's game at the Harvey Brunswick Leschenault Football Club.

"Providing dedicated change rooms will encourage more women and girls to get involved in local football, ensuring the league's early success is supported and the club can continue to deliver positive physical and mental health benefits to the community."

Western Australian Sport and Recreation Minister Mick Murray added "country footy clubs like HBL have always provided an important hub for their communities, and with the growth of the women's game we need to ensure we are catering for everyone who wants to pull on the boots.

"This project gives the HBL women's side a dedicated home base from which they can build on their early success and continue to grow local participation."

Murray-Wellington MLA Robyn Clarke concluded "this opportunity is exciting for women's football now and in the future. This grant will help grow the great work that has already been done, and ensure our women's football teams are strong, vibrant and ready to play.

"Increasing women's representation in sports is vital to healthy, connected communities, and we must all work towards a future where inclusivity in sport is an everyday occurrence."