New Chair and Members for SPARC Board 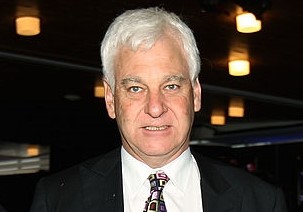 Collins (pictured), a recently appointed SPARC board member, has held directorships with over 50 listed companies in New Zealand and overseas. He served on the New Zealand Sports Foundation, and was a member of the Rugby World Cup 2011 bid committee. He is currently a director of the Wellington Rugby Football Union, and Chair of the Hurricanes Super 14 franchise and the Wellington Regional Stadium Trust.

As Murray McCully explained, "the new chair and members announced today bring a wealth of governance expertise and strategic planning to the SPARC Board, as well as a diverse knowledge of sports participation and administration.

"Their appointment will be of considerable value as the Board responds to the government's policy of getting more New Zealanders participating in sport and recreation, and achieving success on the world stage."

Bill Birnie is Chairman and Managing Director of a private equity firm, and until recently was a director of Equestrian Sport New Zealand. He has previously served on the Hillary Commission, and was a founding trustee of the Wellington Regional Stadium Trust.

Former Olympian Katie Sadlier has a wealth of management experience, including two years as general manager of the New Zealand Academy of Sport. Her directorships include the Sports Hall of Fame, Wellington City Council's indoor sports stadium advisory committee, and the International Association of High Performance Sport Training Centres.

Waimarama Taumaunu MBE has been a leading figure in New Zealand netball for many years, firstly as a player and captain, and then as a coach. She spent five years in the United Kingdom as national performance director for the All England Netball Association and as a foundation director of the English Institute of Sport, before returning to New Zealand where she has held a number of executive management roles.

According to the New Zealand Herald newspaper, "Collins' new appointment comes at an intriguing time in the evolution of SPARC and of government funding for sport and recreation", asking if "Collins' appointment (is) the first step in a move back towards a stand-alone organisation to fund elite sport?"