New board announced for Stadiums Queensland 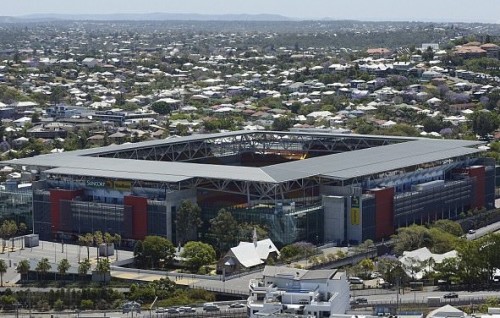 Having endured considerable criticism over its hiring costs and management style, the Queensland Government has announced members of a new board that for its Stadiums Queensland agency.

With a review currently being undertaken into its activities, Queensland Minister for Sport Mick de Brenni has announced a new “handpicked board” with a “mix of talent to implement any approved findings of the Stadiums Taskforce”

The new Stadiums Queensland board now consists of Cathy McGuane, Therese Smith, Amanda Shircore, John Grant and Gregg Webb with current Chair Sophie Devitt to remain in post through a period of  transition.

Introducing the new board, Minister de Brenni advised “Queenslanders own world renowned stadiums and we owe it to sports fans to ensure they get the most out of them.

“We’ve selected a Board that brings with them decades of experience across sports administration, asset and stakeholder management and market development.

“This is exactly what is needed to modernise the operation of this significant publicly owned infrastructure portfolio.

“It’s important that our stadiums offer opportunities for Queenslanders to see the very best in state, national and international events.

"These assets belong to Queenslanders, and I want to make them work for all of Queensland.”

“I also want to acknowledge the service of the previous Board but in particular the dedication displayed by Chair Sophie Devitt who has agreed to continue as Chair to transition in the new Board before stepping down - a demonstration of capability in leadership.

Stadiums Queensland manages, operates and promotes the use of nine major facilities, including The Gabba, Suncorp Stadium, Metricon and CBUS Super Stadium on behalf of the Queensland Government.