New attractions, markets and challenges to be explored at 2013 AALARA Conference 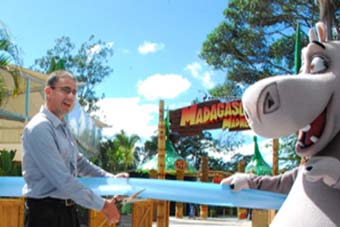 The 2013 Australian Amusement, Leisure and Recreation Association (AALARA) conference is set to present a vital and reinvigorated program addressing both regional and local issues vital to anyone in the attractions industry.

A large part of the programs presents will see new speakers at the conference, reflecting the changing shape of the attractions industry not only domestically but in the surrounding Asia region which, more and more is impacting Australia.

An early conference highlight will see Ed Fuller, Divisional Director for Merlin Entertainments Asia Pacific deliver his first major industry address in Australia, explaining the two and a half year story of Merlin Entertainments in Australia, why Merlin is so focused on Australia and what they do feel are the biggest challenges and opportunities for the attractions industry moving forward.

The growing impact of Asia will also be witnessed through the presentation from Mario Mamon, incoming Chair of the International Association of Amusement Parks and Attractions (IAAPA) and owner of the Enchanted Kingdom amusement park in the Philippines.

Set to be IAAPA's first Chair from Asia, Mario will give the conference insight to the latest international trends for the attractions and amusement industry and will give an overview of what is happening in his own business.

Philippine capital Manila has just witnessed the opening of the first of four massive integrated resorts that are set to transform the regional attractions and entertainment landscape.

Equally, Marina Bay Sands and Resorts World Sentosa, along with new attractions such as Legoland Malaysia, have impacted on Australian theme parks.

Always a challenging market, the Gold Coast's theme parks, Australia's most successful and long lasting, traditionally relied on a three way split of visitors from south east Queensland; the rest of Australia; and Asia/New Zealand

With Asia now offering its own attractions, Australia's theme parks are having to adapt to catering for a smaller potential market. In addition, industry commentators have suggested that competition from Asia may well rule out Australia ever opening another major theme park.

Against this backdrop, John Hallenbeck, Vice President of Park Operations at Universal Studios Singapore (part of Resorts World Sentosa) will, in his AALARA 2013 presentation, explain Universal's decision to move into the Asian market and discuss what they had to do to adapt to the expectations of visitors to Universal Studios – Singapore.

After three decades in Australian attractions, including Wonderland Sydney and Sydney Bridge Climb, Todd Coates, Chief Executive of Dreamworld, WhiteWater World and Q1 Skypoint will share some of the simple and powerful lessons he has learned from customers and mentors that can be applied to operators of every size.

The AALARA conference will also be of huge relevance to small and medium sized attractions operators, presenting practical information of relevance to day-to-day operations.

Chris will explain how techniques that have been used by managers and leaders over the last 50 years to engage Baby Boomers and Gen Xers have lost their effectiveness and how businesses are now challenged to develop new practices that will engage Gen Y but also take into consideration the characteristics that differentiate them from Gen X and the Baby Boomers. 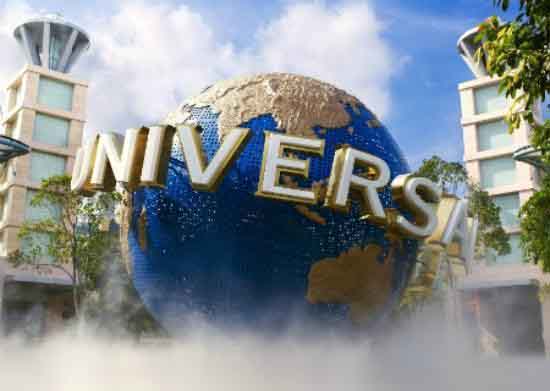 Employed by Sea World for 29 years, during which time he has held a variety of leadership positions – including Vice President of Operations at SeaWorld, San Antonio and Busch Gardens, Williamsburg, Doug now looks after park operations across Sea World's 12 parks.

Doug is a long time volunteer to IAAPA and is the currently Chair of the Education committee while having served on IAAPA's Facility Ops and Zoos and Aquarium committees. In addition, Doug has presented at IAAPA safety Institutes and industry programs around the world and will talk to the AALARA Conference about best practices in security and operational safety for the attractions industry.

Mindful that the majority of incidents on amusement rides are the result of guests not following ride operators' instructions, Doug will discuss some of the strategies to combat this and encourage rider responsibility as well as touch on industry security issues.

Among other keynotes, author John Lees, Managing Director of the John Lees Business Group will explain how the greatest service challenge is to satisfy customers, not to pacify them!

Speaker, trainer and consultant specialising in sales and marketing and author of 11 books on business development, John was marketing and sales director for Schwarzkopf in Australia and New Zealand.

The AALARA 2013 Trade Exhibition and Conference is being held from 7th to 9th May at the Gold Coast Convention Centre.

Bookings for the conference can be made via the AALARA Secretariat on 07 3807 3508, E: info@aalara.com.au, www.aalara.com.au

The rise of Asia’s integrated resorts is a feature in the March/April 2013 issue of Australasian Leisure Managament.

4th April 2013 - CALL FOR NOMINATIONS TO AALARA BOARD