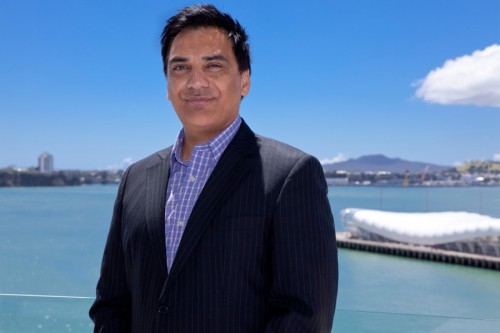 Steffan Panoho, an experienced tourism leader with an excellent track record of promoting Auckland and New Zealand in international markets, has been appointed as Head of Tourism at Auckland Tourism, Events & Economic Development (ATEED).

Panoho (Ngāpuhi, Ngāti Kahungungu) will commence his new role on Monday (30th October), will be moving from his current position as Manager Trade Partnerships (Tourism) at ATEED, which he has held for the past six years.

Panoho’s career in tourism marketing and product development spans two decades, and includes previous roles at Tourism Auckland (which became part of ATEED in 2010 during the creation of the Super City), and running his own tourism business in Rotorua.

During his time at ATEED to date, Panoho has led the development of world-class tourism trade marketing and premium visitor attraction strategies for Auckland, which have delivered significant growth in high-value visitation to the region.

“He has developed strong connections in the tourism industry in New Zealand and abroad, particularly in Auckland’s key tourism markets of China, the United States and Australia, throughout his career.

“The ambition Steffan outlined for Auckland as a destination during the interview process for this role was extremely impressive. I look forward to working with Steffan, his team and the wider destination sector to translate that ambition into strong results for Auckland’s economy.”

Panoho replaces former ATEED Head of Tourism Jason Hill, who finished his role on 20th October to pursue his own business interests within the sector.

Looking forward to his new role, Panoho (pictured) added “Tāmaki Makaurau Auckland is a place that I’m incredibly passionate about, and I want to bring the people, culture and stories to the forefront of how we promote the region to visitors.

“The popularity of our region as a place to visit is growing rapidly. I’m looking forward to working with a talented team at ATEED to maximise this, using enhancements in technology and data capability to create value for our stakeholders.”

“The opportunity to play a part in shaping the direction for a successful visitor economy which is economically, environmentally and socially sustainable is one that I’m honoured to accept.”