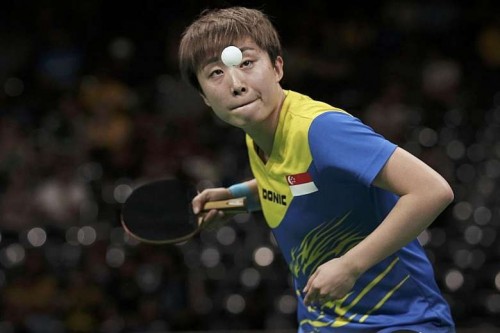 T2 Asia-Pacific (T2 APAC) has announced the launch of a brand-new elite table tennis competition, with the inaugural season set to be held in Hong Kong in 2017.

Competing across men’s, women’s and mixed-team league competitions, season one will include 228 men’s and women’s singles matches played entirely in Hong Kong from July to December 2017.

Matches will also take place during breaks in the current international and domestic table tennis calendars.

The event will also be the richest competition in the table tennis calendar.

The 24 players will battle for an unprecedented prize pool of $1.5 million (£1.2 million/€1.3 million) in the inaugural season.

Introducing the competition T2 APAC Chief Executive and Commissioner Jeff Chue stated “table tennis is arguably the most highly participated sport in the world but most people probably can’t name many of the top players in the world today.

"This tournament aims to change that by making household names out of our select stable of elite players."

However, with no regional professional competitions to speak of, T2 APAC appears set to fill that void.

ITTF President Thomas Weikert added “just in the last few years, interest and participation in the sport has grown tremendously all over the world.

"We wish T2 APAC the best of luck with their plans to become a successful league and boost the sport in the Asia-Pacific region."