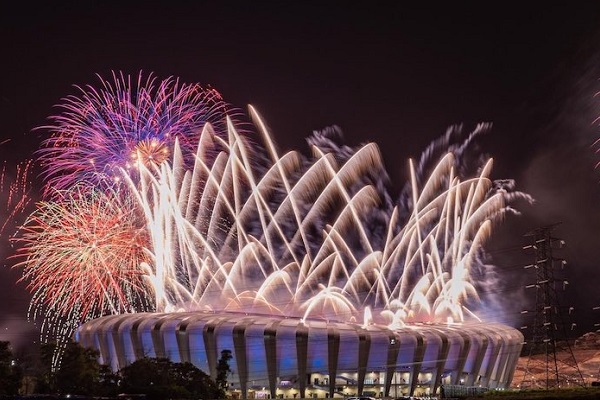 Johor Darul Ta’zim, the reigning champion of football’s Malaysian Super League, has unveiled its new 35,000-seat stadium in the city of Iskandar Puteri.

The Sultan Ibrahim Stadium named after Sultan Ibrahim Sultan Iskandar, the current ruler of the state of Johor cost RM200 million (US$47.2 million) and took four years to construct.

Opened last weekend by Sultan Ibrahim, the stadium has been designed to look like a banana leaf, while Channel News Asia noted that the new venue has been fitted with LED floodlighting to enhance the fan experience.

Located in Johor Bahru District, situated along the Straits of Johor at the southern end of the Malay Peninsula, the stadium complex is also set to feature a training centre, shops and restaurants in the future.

Commenting on the new venue, Johor Crown Prince Tunku Ismail Sultan Ibrahim, who owns the club, said the opening of the stadium was another new chapter in the history of the club, advising “the last seven years have been great both on and off the field for JDT (Johor Darul Ta’zim) … and the opening of the Sultan Ibrahim Stadium marks another milestone for the Southern Tigers squad. 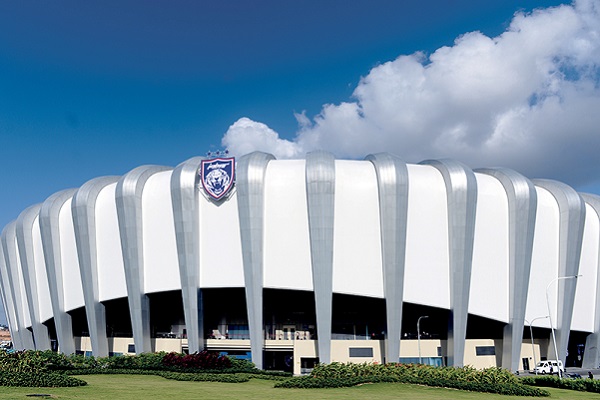 “JDT has grown exponentially since the club’s founding in 2013 and today we have succeeded in overcoming the norms of Malaysian football … (whereby are) constantly striving to create new benchmarks that will surely raise standards and challenge the limits at the international level.”

Located on an 11.3 hectare site, which also houses the club’s headquarters, the Sultan Ibrahim Stadium uses the original ‘Zeon Zoysia’ grass and also has a drainage system that can keep water from the area’s heavy rainfall from stagnating on the field.

The opening ceremony was also enlivened by international singer Leona Lewis and two Johor-born artists Ayai and Akim, followed by a fireworks display.

The Malaysia Rugby Union have also confirmed they will be building their own rugby stadium in Putrajaya, south of Kuala Lumpur.