New $105 million home for Melbourne Conservatorium of Music in Southbank 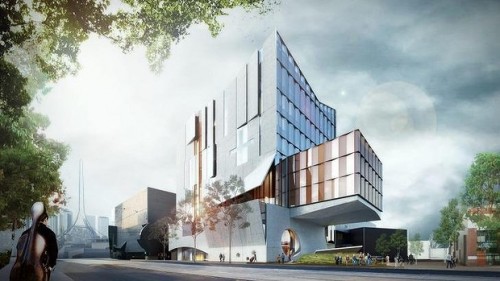 Melbourne’s Southbank is set to become one of the world’s best training grounds for the arts, with the construction of a new Melbourne Conservatorium of Music.

Replacing Parkville's century-old Melba Hall, originally built to cater for about 80 students, music students and staff will join Victorian College of the Arts (VCA) students in the elite music education and research facility from 2019.

Home to the Victorian College of the Arts (VCA), the VCA Secondary School and The Australian Ballet School, Southbank, the new Melbourne Conservatorium of Music is being developed in a partnership between the Victorian Government and the University of Melbourne.

The Conservatorium, to be built on 33 Sturt Street next to the Melbourne Recital Centre and the Southbank Campus of the VCA and MCM, aims to be the best in Australia, offering most comprehensive range of music courses.

The Victorian Government is contributing the land under a long-term lease arrangement as well as $3 million while the project is supported by major philanthropic partners. 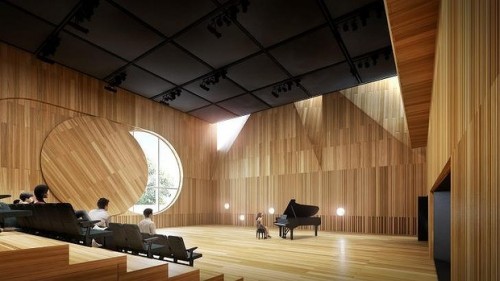 The $105.5 million development is expected to generate $350 million for the state and bring thousands of new local and international students to the area.

Bringing together the VCA and MCM, the project aims to create a vibrant hub for students in the heart of Melbourne’s Arts Precinct. It will open up a new outdoor public space linking Dodds and Sturt Streets and include a 400-seat auditorium that will be available for use by arts organisations.

The new Conservatorium building expands the University’s growing presence in Southbank, including the development of a new visual arts wing in the former Police Stables and a new public art gallery - Buxton Contemporary - due to open in late 2017.

The conservatorium was first established in 1894, 15 years after the university awarded Australia's first music degree. Its alumni include such musical luminaries as Dame Nellie Melba, Percy Grainger and Peter Sculthorpe.

Images: An artist's impression of the new Melbourne Conservatorium planned for Southbank (top) and the conservatorium will include a 443-seat auditorium (below). Courtesy of John Wardle Architects