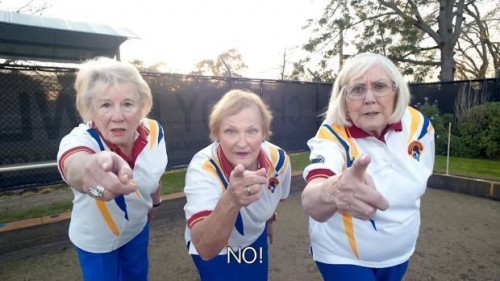 A Beyonce-inspired social media campaign to save a Melbourne lawn bowls club is facing a counter-campaign from local netballers, who have made their own video to support plans for a sports complex.

The Chadstone Bowls Club video All The Bowling Ladies, based on the Beyonce hit Single Ladies, was produced to fight a proposal to redevelop the bowling club site.

The City of Stonnington in eastern Melbourne is proposing to demolish the club to make way for a netball and basketball stadium, but the bowlers' video has helped them attract thousands of supporters.

To counter this, the Build Stonnington Stadium Group has now produced its own video, appealing for community support for a new stadium, including netball and basketball courts.

The campaigns have sparked a wider debate about support and facilities for women's sport in the area in Melbourne east.

"It is time that we fund girls' sport in Stonnington."

With the Council only offering one-purpose built indoor court, it is conducting a feasibility study into three sites to find a new home for the netball and basketball players, including the Percy Treyvaud Reserve, the home of the Chadstone Bowls Club.

The issue has divided the community, with one Stonnington councillor unsuccessfully attempting to stop the feasibility study at a meeting last week while a petition with more than 1,500 signatures supporting the bowls club was tabled at the council last week.

Stonnington Mayor Jami Klisaris said the bowls club had a lot of public sympathy, but the Council had to cater to other needs as well, explaining “the bowls club have put up an incredible campaign but of course we know there is the other side.” 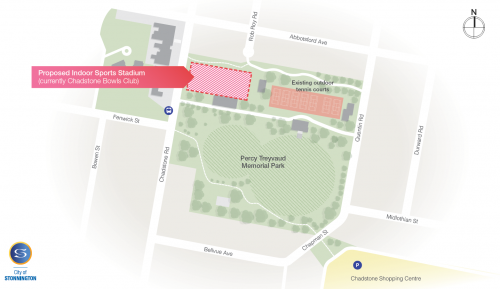 She said the 26 sportfields in the Stonnington area were used almost exclusively for AFL, football, cricket and rugby.

Mayor Klisaris stated “about 90% of our oval usage is by men and boys sport (and) there is a gross underrepresentation for female sporting facilities in Stonnington.

"Netballers shorten their games and increase the size of their teams just to make sure more women and girls get a turn."

Prahran Netball Club Chair Margaret Connellan said the lack of facilities was "a kick in the guts for women's sport".

Alan Jolly from the Save Chaddy Bowls Club Committee said he hoped the netballers could get a proper stadium, just not at the bowling club's expense.

He said Chadstone Bowls Club had 400 members, and the recreation facility where it sits had over 650 members.

Jolly stated “what I'd like to see is the club stay where it has been for the past 60 years.

"Ideally, the netballers need a site … but ripping up the bowls club just doesn't hold."

Mayor Klisaris said there was no intention to shut down the bowls club and that it could be retained at its present site, along with a stadium.

Click here for more information on the the feasibility study.

Click here to view the video All The Bowling Ladies on the Residents Against the Stadium at Chadstone Bowls Club Facebook page.

Images: A still from the video All The Bowling Ladies (top) and the City of Stonnington plan for the potential new indoor sport stadium (below).