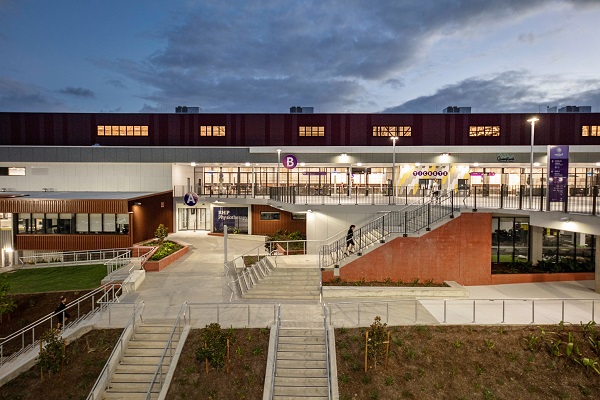 Advising that the partnership will envelop the $44 million Queensland State Netball Centre, the Queensland Firebirds and include other grassroots netball events across the state, Netball Queensland Chief Executive Catherine Clark today advised "(this partnership) is a game changer for our netball community.

“Nightlife’s tech means we can design a sound and visual offering that is inclusive of our players, fans, visitors to the Queensland State Netball Centre and the wider community."

Stating that the partnership will also take advantage of Nightlife’s interactive music arm crowdDJ® and will extend to the programming of video content across all stadium screens, Clark added "we will have custom-designed music pumped to all areas of the new arena including the sunken show court, all eight indoor hard courts, the high-performance training hub and gymnasium as well as communal areas like the café zone and plaza entrance, right through to the player’s changerooms.

“crowdDJ music kiosks will be permanent features so stadium visitors can choose the songs and music they want to hear. Whether you are at the venue for a social game with mates or there to cheer on the Birdies, crowdDJ allows everyone to write the soundtrack to their experience."

The deal will also cover core Netball Queensland events like the State Age championships, with Clark noting "it effectively allows netballers across Queensland to create our own a unique soundtrack."

Nightlife Music Chief Executive David O’Rourke said the music-tech company is thrilled to be part of the new age of netball in the state.

O’Rourke explained “the Queensland State Netball Centre is state-of-the-art, and we are proud to help Netball Queensland forge an entertainment hub that befits such a world class facility

“At the heart of sport is entertainment and music is key to driving highly memorable experiences.

"As another homegrown Queensland company, it’s fantastic to be in the starting line-up for the sport’s entertainment schedule, whether it be crowdDJ hubs at a junior netball carnival or designing themed playlists for a Firebirds home game.

“Netball Queensland is significantly moving the needle when it comes to providing that premium family entertainment offering.”

Netball Queensland will push play on its full music experience for the Lorna Jane Queensland Firebirds first home game against the Melbourne Vixens at the Queensland State Netball Centre on Saturday 4th May.

For more information on Nightlife Music and crowdDJ® visit www.nightlife.com.au