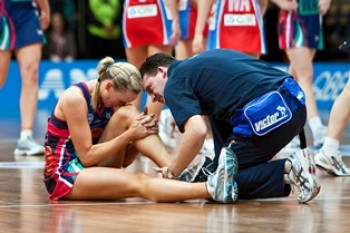 Netball Australia is aiming to reduce the prevalence of serious knee injuries by up to 70% with the Knee injury prevention for Netballers and Enhance performance and Extend play (KNEE) Program.

The first of its kind in netball, the KNEE Program, developed with the support of the Australian Institute of Sport, is an on court warm up program designed to enhance movement efficiency and prevent injury.

According to national data, knee injuries are the most common injury sustained by netballers, surpassing ankle injuries, with as high as 25% of all major injuries attributed to the anterior cruciate ligament (ACL).

Netball Australia’s Head Physiotherapist and KNEE Program creator Alanna Antcliff explains “the KNEE Program targets a key problem area for netballers and we are optimistic it will have a hugely positive effect on the health and performance of netballers of all ages and skill levels.

“Used effectively, the resource has the potential to reduce not only ACL injuries but all lower body injuries across all levels of netball, extending playing potential while also enhancing movement speed, efficiency and resilience.” 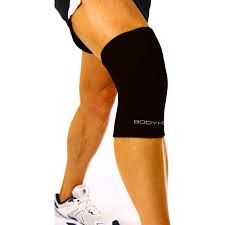 The free digital resource, available on any connected device, has been designed to educate coaches and support staff by using a comprehensive suite of step by step guides and instructional videos for every exercise.

Antcliff added “there are proven effective injury prevention programs that exist for other sports but this program uses those principles and applies it to specific demands of netball.

“Females are four to six times more likely than males to rupture their ACL. The KNEE Program has a long term program target to not only reduce these injuries by between 40-70% but to reduce the incidence of all lower limb injuries. By improving how players move on court it also aims to increase player's movement efficiency.”

Netball remains the leading women’s team sport and top teams based sport for 15 to 24 year olds in Australia with over 1.2 million participants enjoying the game nationally, across over 5,000 clubs and 730 associations, from entry level ANZ Net Set GO program right through to the Diamonds.