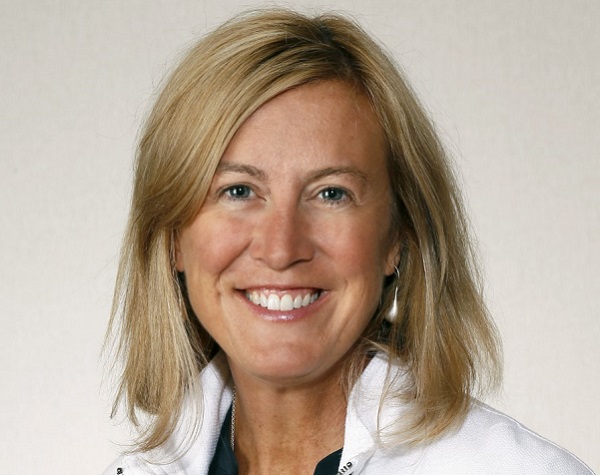 Marne Fechner, Chief Executive at Netball Australia has announced that she will be leaving the sport to become the inaugural Chief Executive of AusCycling, the recently formed National Sporting Organisation representing all cycling disciplines.

Fechner, has announced she will be resigning at the end of the year after more than 25 years of involvement with the sport.

Fechner, who was previously Netball Australia’s Head of Commercial and Chief Executive of the Netball World Cup Sydney in 2015 before taking on her current role, said it was a difficult decision to leave the sport where she has overseen major improvements in participation, commercialisation and marketing of netball.

Speaking today, Fechner said the lure of a new challenge was too compelling, commenting “it’s been an honour to lead this sport over the past three and half years and I’m immensely proud of what the Netball Australia team has achieved across my time with the organisation.

“Our work in partnership with netball’s member organisations, Suncorp Super Netball clubs, our amazing athletes and passionate broadcasters and sponsors is at the core of what we do.

“Netball’s heartbeat lives in the thousands of volunteers and participants in communities around the country and I’ve been privileged to meet and work alongside so many wonderful people through a shared passion for the sport.”

Fechner (pictured), who will commence her new role as of 1st February, will have a mandate to develop AusCycling with a new, unified sporting model that will benefit the entire cycling community from commuters, families and recreational riders to the elite, as well as a network of more than 550 clubs.

Advising that she is ideal leader for a major NSO, particularly one that represents the most significant governance reform in Australian sport for many years and is the country’s biggest participation sport, AusCycling Chair, Duncan Murray commented “during her tenure at Netball Australia, Marne more than doubled revenue, grew the professional league, and led substantial organisational redesign and cultural change. In Marne, we have found a world-class operator to unlock cycling’s potential. She will be fabulous, and we are very excited

Speaking about her new role, Fechner added “I’m really excited to accept the role of CEO of AusCycling. The opportunities offered by the new structure are vast and I look forward to working on behalf of every cyclist - from the nervous first-timers to our Commonwealth and Olympic Games teams.

“The explosion in bike sales during the COVID19 pandemic and the incredible potential of e-sports and virtual cycling means more Australians than ever before can enjoy the physical and mental health benefits of riding.”

Netball Australia Chair, Paolina Hunt, said netball in Australia has been lucky to have Fechner’s input and commitment, noting “this is the right decision for Marne but a sad one for netball.

“(As) an outstanding leader for our sport … her commercial acumen, personal integrity and strong leadership capability, together with her creative out-of-the-box thinking, have delivered ground-breaking outcomes for netball.

“Marne has built a tremendous platform from which the sport of netball can now re-imagine its future.”

Australian Netball Players’ Association (ANPA) President, Nat Medhurst went on to state “Marne’s passion for our game cannot be questioned and her vision has enabled our sport and the athletes within it to grow and increase in professionalism and create a product that has attracted players from all across the globe.”

While Netball Australia undertakes is search for a permanent Chief Executive, Ron Steiner will fill the position on an interim basis.