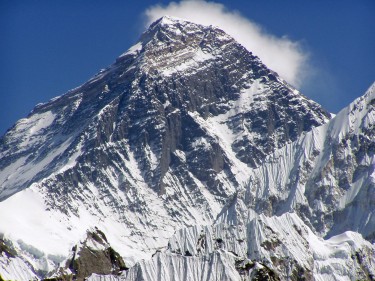 Nepal is considering banning severely disabled climbers and those deemed too old from Everest and other mountains in an attempt to improve safety.

The proposals come five months after an avalanche, triggered by a massive earthquake, killed 18 people at Everest base camp and are aimed at improving safety — but they are also likely to spark accusations of discrimination.

Nepal Tourism Department head Govinda Karki stated “we don't think we should issue permits to people who cannot see or walk or who don't have arms.

"Climbing Everest is not a joke ... it is not a matter of discrimination, how can you climb without legs? Someone will have to carry you up.

"We want to make the mountains safer for everyone, so we have to insist on some rules."

Karki said the Government was also considering issuing permits only to Everest climbers who first scale another mountain above 6,500 metres to prove they can handle the world's highest peak.

Hundreds of climbers abandoned their bids to ascend the 8,848-metre mountain after the April disaster, marking a second spring season with virtually no-one reaching the summit.

An avalanche the year before killed 16 guides and triggered global debate about the huge risks borne by Nepalis who fix ropes and repair ladders to help climbers with varying levels of experience.

But Everest has in recent years drawn multitudes of climbers wanting to overcome their disabilities and achieve the formidable feat.

New Zealander Mark Inglis, who lost both his legs to frostbite, became the first double-amputee to reach the top of Everest in 2006.

Blind American Erik Weihenmayer scaled the peak in May 2001, and seven years later became the only visually impaired person to summit the highest mountains on all seven continents.

Hawley told AAP "I don't think the Government is in any position to judge someone's capacities or draw that line for mountaineers.

"Erik Weihenmayer is an exceptional climber who is consciously setting an example for blind people, showing what they can do. It is inspiring."

Karki added that officials were also keen to limit access to all of Nepal's top Himalayan peaks to climbers aged between 18 and 75.

Nepal does not grant climbing licences for Everest to anyone under 16 but has never imposed an upper age limit.

Japanese adventurer Yuichiro Miura, 82, currently holds the record for the oldest climber to summit Everest, at 80.

Mountaineering is a major revenue-earner for impoverished Nepal, home to eight of the world's 14 peaks over 8,000 metres.

The 25th April earthquake, which killed nearly 8,900 people, raised fears for the immediate future of the tourism industry.