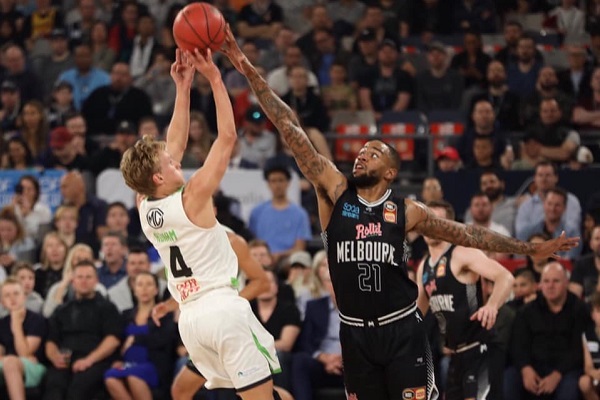 The NBL has today announced that part of its 2020/21 season will be played in a Melbourne hub in February, with teams competing in a new tournament.

Set to play an already announced five rounds from 10th January, the NBL’s nine teams will then all relocate to the Victorian capital for a new 36-game competition from 20th February.

While in the hub, the teams will play each other once, before then going back to their home cities.

The NBL will then continue the rest of its season, playing games across the country.

Advising that the Melbourne hub meant the competition could be played in front of thousands of fans and generate excitement, NBL owner Larry Kestelman stated “after such a tough year with so many families isolated, it will be great for fans to be entertained live and on TV by our amazing athletes and bring some normality back to our lives.

"As permitted attendances hopefully increase up to 75% in Victoria by early next year, this will be a great opportunity for tens of thousands of fans to enjoy a unique basketball event for Melbourne and Australia."

Aiming for the new NBL Cup to deliver a financial boost to clubs, teams will get three points for a win and one point will be awarded to the team who scores the most points each quarter of a game.

NBL Commissioner Jeremy Loeliger said the revenue from playing these extra games would give clubs a boost after the Coronavirus pandemic, noting “the additional games will also generate much-needed revenue for our clubs during this COVID-affected year but are also a huge bonus for our fans and the game of basketball across Australia as we bounce back from an unexpectedly long off-season.

"Extra games are a great outcome for everyone, especially when so many sporting leagues in Australia and around the world have had to shorten or even cancel their seasons."

Either side of the NBL Cup, the NBL season will continue with games being played across Australia, with the NBL advising that it was hoping to have its teams play as many games on their home court as possible.

A statement on its website explains “the NBL's intention, subject to COVID and scheduling issues, is for teams to host their customary 14 home games during the regular season, over and above the games played in the NBL Melbourne hub.”

Adding that the Melbourne hub would also allow more time for the league to schedule games across Australia, Loeiger went on to say “playing these extra games in Victoria will provide us with valuable time for restrictions on crowd numbers to continue to be eased around the country, hopefully allowing more fans to see their teams play at home.

"It also enables us to accumulate more games in an accelerated format should any unexpected issues arise later in the season."

The opening weekend of the NBL Cup will coincide with the Australian Open's final two days and the AFL's pre-season competition.