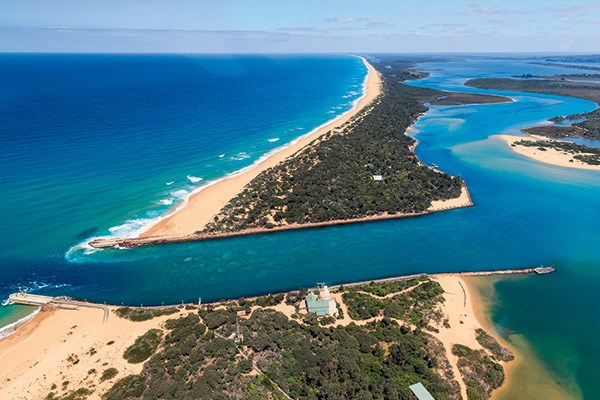 New walking tracks, signage, eateries and even accommodation are being considered under an ambitious job creation plan Indigenous Australians in Victoria’s Gippsland.

Victorian Environment Minister Lily D'Ambrosio is expected to sign off on the historic joint management plan by the middle of this year following consultation with local people.

Gunaikurnai Land and Waters Aboriginal Corporation Chief Executive Roger Fenwick said the plan seeks to promote the ancient culture through new projects and business opportunities, suggesting that the Corporation's headquarters near Lakes Entrance could become a "cultural hub" and include cafes, other meeting spots and training facilities.

Fenwick told the ABC “getting Aboriginal people right at the coalface in terms of making decisions about managing country together with other agencies.”

Damian Britnell from the Gunaikurnai Traditional Owner Land Management Board added “at Buchan Caves Reserve for example, there's an information centre, which at the moment has very little information around Gunaikurnai and Aboriginal culture.

"There's another one at Tarra-Bulga and so there's opportunities to look at these visitors' centres and improve them."

Minister D'Ambrosio has committed the Victorian Government to fund the programs but has yet to commit to a figure.

She advised "our Government's commitment is a genuine one.