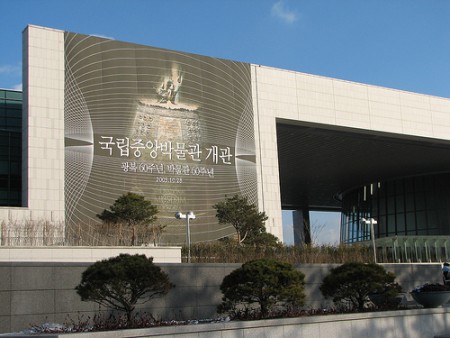 In 2010, the National Museum of Korea recorded the largest attendance numbers in Asia and ranked ninth in the world with more than three million visitors.

The numbers were released in the April edition of The Art Newspaper, a British publication that has surveyed art museum attendance figures for the past 15 years.

The National Museum of Korea museum is the flagship for Korean history, culture and art with some 150,000 pieces in its permanent collection. It was first established in 1945 and was relocated to Yongsan Family Park in 2005. It is the sixth largest museum in the world.

Among exhibitions, Asia's museums recorded six of the top ten most viewed exhibitions with Hasegawa Tohaku at the Tokyo National Museum recording 12,116 visits a day and Post-Impressionism: from the Musï¿½e d'Orsay at the National Art Centre Tokyo recorded 10,757 visits a day.

The Louvre in Paris topped the art museum attendance numbers in the world for 2010 with 8.5 million visitors, while the British Museum in London came in second with around 5.8 million while New York's Metropolitan Museum of Art placed third with 5.2 million.