National Museum of China the world’s most visited museum 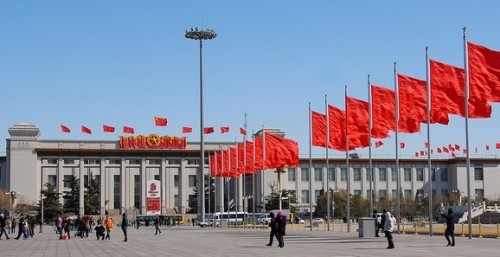 The National Museum of China in Beijing was the world’s most visited museum last year according to the recently released 2016 TEA/AECOM Theme Index and Museum Index.

The National Museum of China topped the list of the 20 most-frequented museums, having brought in 7,550,000 visitors in 2016, the National Air and Space Museum in Washington, D.C., USA trailed in at a close second with 7.5 million visitors while Paris’ The Louvre was in third spot with 7.4 million attendees - having suffered a near 15% decline in visits from 2015

According to the annual report, produced by the Themed Entertainment Association (TEA) and the engineering firm AECOM, three factors drove the National Museum of China to the number one spot: “sheer population size, free admission, and being in a major tourist destination city.”

With a 3.1% attendance growth in visits, the National Museum of China became the highest-attended museum in the world for the first time.

The latter three Washinghon museums are part of the Smithsonian Institution.

Overall, museum attendance rates have been relatively stable over the past few years, although the National Palace Museum in Taiwan, which ranked 12th on the list, experienced a 12% drop in visits. This was apparently due to a significant decrease in tourists from China, which froze relations with Taiwan after the country’s 2016 presidential election.

While many of the world’s leading museums only display a small proportion of the their collections of art, artifacts and cultural and scientific relics, the report highlighting that the rapid development of museums in Asia is challenged by a “lack (of) essential components such as collections, exhibits, trained curatorial, conservation, and other museum professionals, education programs, adequate business planning, and operating funds.”

Image: The National Museum of China.