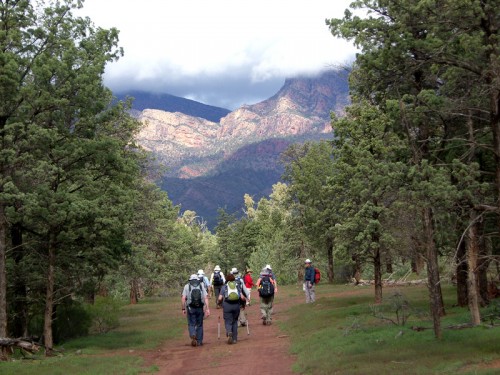 National Geographic has partnered with the South Australian Tourism Commission (SATC) to highlight 30 adventures – from camping with kangaroos in the Flinders Ranges and discovering the laneways of Adelaide, to cruising down the Murray River on a houseboat in South Australia.

Available to access via a new dedicated online hub, South Australia’s Adventures of a Lifetime is a result of an ongoing partnership with the state of South Australia, where each of the 30 articles featured showcase a unique experience in the region. In addition, the hub includes stunning photo galleries, an interactive map, a South Australia guide with basic information for those looking to plan a visit, and videos that bring the destination and its experiences to life.

National Geographic Travel Vice President and Publisher Kimberly Connaghan, explains “we are excited to share with our consumers the vast array of experiences South Australia has to offer.

“We began this program by sending photographers, Dan Westergren and Spencer Milsap, on assignment in South Australia in November.

“The photographers used NatGeoTravel’s Instagram account  - now up to 7.7 million followers - to create excitement about the project and the response was overwhelming. Shortly after posting, photos received over a million likes. The images capture the authenticity of South Australia, from its people to the beauty of the landscape and natural world.”

SATC Chief Executive Rodney Harrex added “we are thrilled that Nationalgeographic.com has captured such a compelling portrayal of our state’s stunning vacation experiences.

“Their stories truly demonstrate that South Australia is a place that curious-minded travellers must visit.”

Additional experiences featured on the site include:

• Live the station life: Staying in workers’ quarters on an outback cattle or sheep station
• Hike the Heysen: Australia’s longest hiking trail
• Sail away to Kangaroo Island: A refuge for wildlife, fine scenery and beaches off the coast
• Track the outback: Focusing on the outback tracks of the northern desert region
• Explore an ancient culture: From ancient Aboriginal sites and rock art to indigenous guided tours in the Flinders Ranges
• Ride the Ghan: Australia’s most iconic rail trip from Adelaide north through the central Australian desert
• Tour the wine trails: Explore South Australia’s renowned wine districts
• Head underground in Coober Pedy: Stay in the famous opal mining town where the searing heat drives residents underground
• Flightsee Lake Eyre: See Australia’s largest lake, a huge white salt pan when dry, teeming with life when deluged by infrequent rains
• Ride a camel: Follow in the footsteps of the early cameleers
• Cook up a storm: Join celebrity chefs for cheese making, gourmet retreats and world cooking feasts
• Spot elusive wildlife: Wildlife parks and locations in the wild for sightseeing Australia’s weird and wonderful fauna
• Whale watch: Best coastal venues for spotting southern right whales on their migration
• Swim with the wildlife: Swim with dolphins or sea lions
• Celebrate a festival: South Australia’s best events
• Cycle the state: Best rides and trails in South Australia
• Head for the hills: Escape to the city to Germanic Hahndorf and other towns of the Adelaide Hills
• Fossil hunt: Overview of fossil hunting and sites such as Ediacara Hills in the Flinders, Emu Bay (Kangaroo Island), Naracoorte Caves, opalized fossils in Coober Pedy and more
• Dive a shipwreck: Best wreck dives in South Australia
• Walk the wilderness: From coastal walks to Flinders Range
• Drive the road less traveled: Coastal, winery, hill and desert drives
• Comb the best beaches: A rundown of beaches, popular and deserted
• Learn about wine: Courses, tastings and all things wine
• Explore local markets: From Adelaide’s bustling Central Market to regional repositories of local produce
• Surf the breaks: From the Nullarbor to Kangaroo Island
• Tour the outback: Four-wheel-drive tours well off the beaten track
• Go caving: From the Nullarbor to Naracoorte, Aboriginal rock art and stalactites to technical exploration
• Laneways of Adelaide: A tour of Adelaide’s rejuvenated streets and laneways such Peel Street, Bank Street, Leigh Street and Gilbert Place 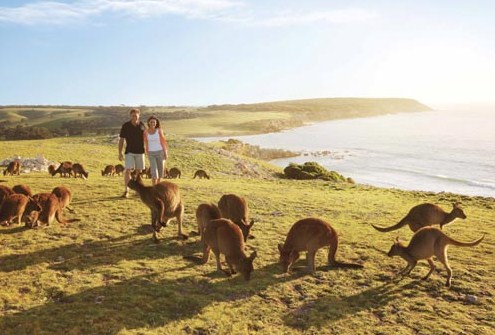 The winner will receive a trip for two and get to experience many of the adventures listed above.

South Australia’s Adventures of a Lifetime can be viewed at http://travel.nationalgeographic.com/travel/south-australia-adventures/.