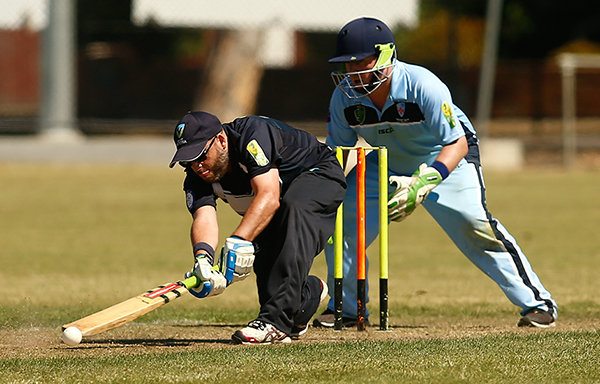 The National Cricket Inclusion Championships (NCIC) will take place for a fourth consecutive year in Geelong with more than 250 of Australia’s most talented cricketers with a disability competing at the tournament from 13th to 17th January 2020.

Presented by the Commonwealth Bank, all states will be represented across the four divisions at the championships including blind or low vision, deaf and hard of hearing and cricketers with an intellectual disability at nine venues in the City of Greater Geelong.

National Inclusion Ambassador for Cricket Australia, Nathan Lyon advised “I am delighted to be involved in the championships for another year and looking at the calibre of talent assembled from across the country, the tournament will be extremely competitive.

“I’ve seen some amazing performances over the years from cricketers with a disability and this week in Geelong will be no exception. Their skill, passion and love for the game is an inspiration to all Australian cricketers.

“Making cricket more accessible to people from all walks of life is something I am particularly passionate about. A tournament like the NCIC is a wonderful example of how cricket truly is a sport for all Australians.”

South Australia are reigning champions in the deaf and hard of hearing division, while New South Wales will be looking to back up their 2019 blind and low vision title.

In the intellectual disability division, Victoria are the reigning champions and for the first time ever, two deaf women’s teams, Victoria and The All Stars (comprised of players from Queensland, South Australia, New South Wales and Australia Capital Territory), will compete for the ‘Melissa Hale Trophy’ in a three-match series.

Cricket Australia’s Executive General Manager of Community Cricket, Belinda Clark explained “with one in five Australians having a disability, it is important to provide meaningful opportunities for all Australians to play cricket and reach their full potential.

“The NCIC provides cricketers from across the country an opportunity to represent their state or territory, which is a tremendous honour, but to do so alongside other cricketers identified as the best in the nation is particularly special.

“Now a representative pathway exists for cricketers with a disability, beginning with club cricket, these championships, through to our national disability squads.”

The Commonwealth Bank has been actively committed to the ongoing promotion and celebration of Australia’s favourite summer pastime for almost 30 years. As part of its partnership with Cricket Australia, the Commonwealth Bank helps to fund the country’s national disability teams, providing access to the same high-performance support that other elite representative cricket teams receive.

In addition, Cricket Australia, in partnership with Cricket Victoria acknowledge the support of the Victorian Government in delivering the Championships through the Significant Sporting Events Program.

The NCIC will start in Geelong on Monday 13th January and conclude on Friday 17th January with all Grand Final matches to be streamed live on the Cricket Australia Facebook page and YouTube account.