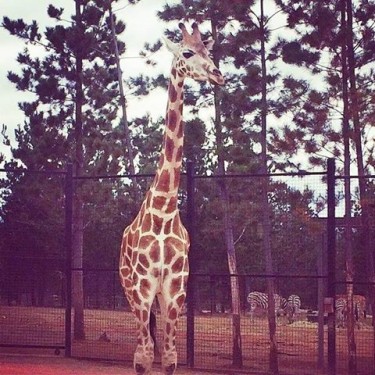 Canberra’s National Zoo and Aquarium has welcomed Mzungu the giraffe into its collection as part of a new breeding program.

The four-year-old giraffes arrived at the Zoo earlier this month after travelling on the back of a truck from Dubbo's Taronga Western Plains Zoo.

She is now spending time alone getting comfortable with her new surroundings before the Zoo welcomes a second young giraffe in coming weeks.

Zoo Supervisor Shelley Russell said the arrival of Mzungu was the first stage of the breeding program for giraffes at Canberra's National Zoo.

Russell told the ABC "in the next few weeks we'll have a male arrive from Mogo as well.”

Russell said it would be 18 months before visitors to the zoo could expect to see a calf as part of the breeding program.

Russell added "Hummer is in our main zoo at the moment but he won't be having those two join him, he likes to be on his own ... he's the very dominant male.”

The extension to Canberra's National Zoo and Aquarium will be open to the public after the new animals have had a chance to settle in.