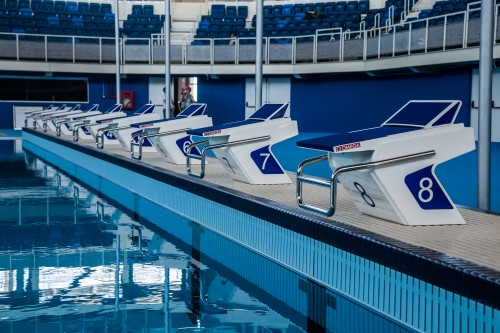 Temporary pools that were the stage for competition and warm ups during the Rio 2016 Olympics are currently moving to new permanent destinations in different areas of Brazil.

While recent media reports have focused on the deterioration of many Rio 2016 facilities after the Games, including the swimming pools completed for the event, Myrtha Pools have highlighted that temporary pools it installed for the Olympics have already been dismantled and are ready to be sent to other venues for permanent installation before the end of the year.

A Myrtha Pools spokesperson explained “the advantage of Myrtha technology is that they can be part of strategy that avoids a facility becoming a ‘white elephant’.

“Myrtha Technology gives the opportunity to set up a temporary pool, no matter where, including in existing venues, and dismantle it right after the event.

“Materials can then be re-used for a permanent installation where the pools can serve the communities and not turn into obsolete facilities.”

Thanks to this technology, Myrtha say that pools can represent a true legacy for the cities hosting international competition as they can be moved to different locations after the event, without excessive cost and while also being environmentally sustainable.

Since the Rio Games, Myrtha have also constructed in temporary pool in an ice-hockey arena in the Canadian city of Ontario for the he XIII FINA World Swimming Championships (25 metres) - held from 6th to 11th December 2016. 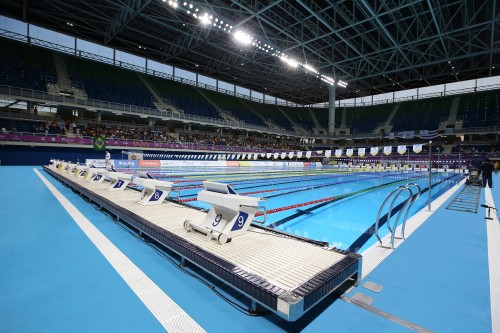 With the Rio pools, the 50x25x3 metre competition pool, is being relocated to a military base in Fortaleza do Sao Joao, Rio de Janeiro - on the slopes of Sugarloaf Mountain.

A similar future awaits the Water Polo pool (14x25x3 metres), installed during the Games just outside the Maria Lenk Aquatic Centre and soon to be moved to the Amazonian city Manaus, where it will turn into a 50 metre pool.

Rio’s ‘twin pools’, two temporary 50x25x2 metre pool at the Parque dos Atletas, have already been dismantled. The first one will be delivered to a military base in Guarantiguetà, not far from San Paolo, for military competitions, while the other one will go to Salvador de Bahía as the heart of a new public facility for the community.

The final location for the Olympic warm-up pool is yet to be decided.

However, the pool has already been dismantled and is currently owned by Rio de Janeiro municipality.