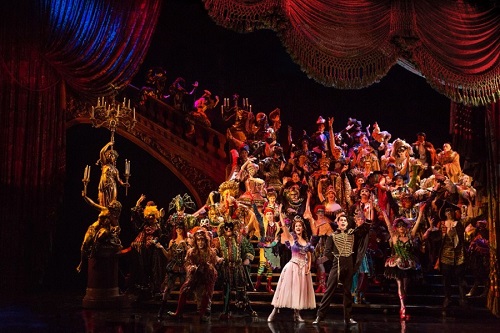 Music Theatre International Australasia, in partnership with AMICI Trust in New Zealand and producers Shane Bransdon and Daniel Stoddart, founders of OzTheatrics in Australia, and in collaboration with iTheatrics from the United States, will present the third annual Junior Theatre Celebration Australia in the NSW city of Newcastle on Friday 26th and Saturday 27th October and the second Junior Theatre Celebration New Zealand in Auckland on Friday 2nd and Saturday 3rd November 2018.

Junior Theatre Celebrations allow students and teachers representing a diverse number of theatre programs to come together to share their talents, cheer each other on, and be part of an international community of people who care as much about the art form as much as they do.

The Junior Theatre Celebrations are based on the Junior Theater Festivals, produced by iTheatrics which take place on both coasts of the USA each year.

The Junior Theatre Celebration programs will centre on performers, ranging in age from seven to 18 years, presenting an extract from an MTI Broadway Junior musical in front of fellow guests and a panel of adjudicators. The young people will receive feedback on their music, acting, dance, overall performance and constructive criticism to encourage further learning in key areas. Some performers will be selected for honours. Performers and educators will also enjoy a Q&A with special guests; interactive workshops presented by leading theatre and teaching artists, and an evening concert.

In Newcastle from Monday 22nd to Friday 26th October 2018, the week preceding the Junior Theatre Celebration Australia, 50 students will participate in a pilot workshop of Sister Act JR. directed by Marty Johnson and Timothy Allen McDonald of iTheatrics. Based on the hit 1992 film, 'Sister Act', and the subsequent Broadway Hit of the same name, Sister Act JR. is a 60-minute adaptation for student performers featuring original music by Alan Menken (Beauty and the Beast, Little Shop of Horrors.)

In Auckland from Monday 29th October to Friday 2nd November 2018, a cast of over 40 young New Zealanders will take part in a week-long workshop of Disney's Newsies JR., an adaptation of the 2012 Tony-winning Disney Theatrical Productions Broadway production based on the 1992 musical film "Newsies," itself inspired by the New York City's newsboys strike of 1899. The musical features lyrics by Jack Feldman and music by Alan Menken (Aladdin, The Little Mermaid and Beauty and the Beast). The program will again be directed by Marty Johnson and Timothy Allen McDonald of iTheatrics.

Music Theatre International (MTI) is one of the world's leading theatrical licensing agencies, granting theatres from around the world the rights to perform the greatest selection of musicals from Broadway and beyond.

Founded in 1952 by composer Frank Loesser, and orchestrator Don Walker, MTI is a driving force in advancing musical theatre as a vibrant and engaging art form.

12th February 2018 - Time to listen to young people in theatre

28th April 2015 - Book of Mormon heading to the Australian stage