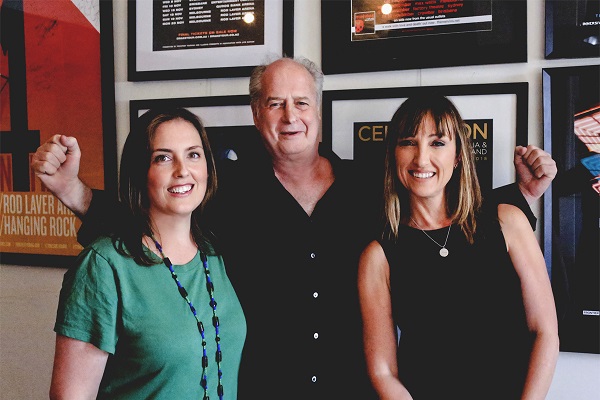 Neighbouring rights collection has become an increasingly important revenue stream for artists and labels worldwide and has seen exponential growth in recent years.

Cotchin, one of the world’s foremost experts in neighbouring rights will take the helm as Good Neighbour’s Managing Director. As one of the earliest pioneers in this field, she began her career in the UK with the Performing Artists Media Rights Association (PAMRA, now part of PPL) in 2000.

Through close to 20 years in neighbouring rights, Cotchin has represented the likes of Beyonce, Radiohead, Tom Jones, Fat Boy Slim, Nelly Furtado and Rihanna. She built her company, International Royalties Rescue (IRR) - one of the first neighbouring rights businesses in the world - into a leader in this complex area of royalty collection.

The new partnership sees the Mushroom Group acquire IRR and launch the new entity, Good Neighbour. IRR clients including the likes of Gang of Youths, Empire of the Sun, Jet, The Avalanches, Middle Kids, The Temper Trap, Paul Kelly, John Farnham and many others will continue to be serviced by Cotchin under the new company.

Joining Cotchin as part of the Good Neighbour team is Zoe Coverdale as Business Development Manager.

Coverdale has spent the past twelve years managing Mushroom Music Publishing’s international department and has been instrumental in driving the formation of Good Neighbour.

Coverdale will remain in her role with Mushroom Music Publishing, while also working alongside Cotchin.

Of the new venture, Mushroom’s Chairman and founder, Michael Gudinski comments “we are always looking for new opportunities to grow and develop the Mushroom Group’s network of companies. Neighbouring rights is an intricate area of royalty collection that we’ve wanted to move into and naturally complements our other businesses.

“However, we recognised it was important to have the specialist knowledge and experience required to service our clients properly. Susan’s expertise and understanding of neighbouring rights is second to none and partnering with her made so much sense. I am excited to see what the company can achieve both within Australia and internationally.”

Cotchin added “I have always had great reverence for Michael Gudinski and his colossal impact on the industry. When I was approached by the Mushroom Group and witnessed their professionalism and ongoing determination to manage neighbouring rights correctly, it made my decision to join forces an easy and obvious one.

“We launch Good Neighbour not as a start-up but as a leader in neighbouring rights from day one. The result of our combined interests and connections will enable us to extend our reach to more performers, without diluting the personal service we are famous for. We make a formidable team.”