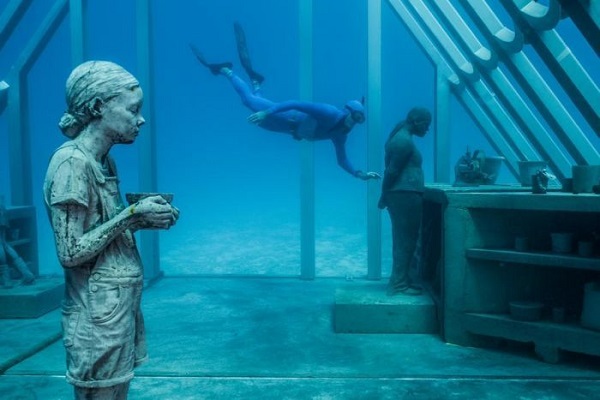 The Southern Hemisphere's first Museum of Underwater Art (MOUA) beneath the waters of the Coral Sea off Townsville will soon be open to recreational divers.

The dive site and coral greenhouse of about 20 marine sculptures is submerged to a depth of about 18 metres off the north Queensland coast at John Brewer Reef.

Made from stainless steel and marine-grade cement the sculptures are intended to offer divers an additional Great Barrier Reef attraction.

Marine sculptor Jason deCaires Taylor said the submerged display took more than nine months to assemble telling the ABC “it weighs over 160 tonnes and (is) populated by about 20 sculptures.

Lighting effects in the sculpture highlight the impact that climate change and rising sea temperatures have on coral reefs. 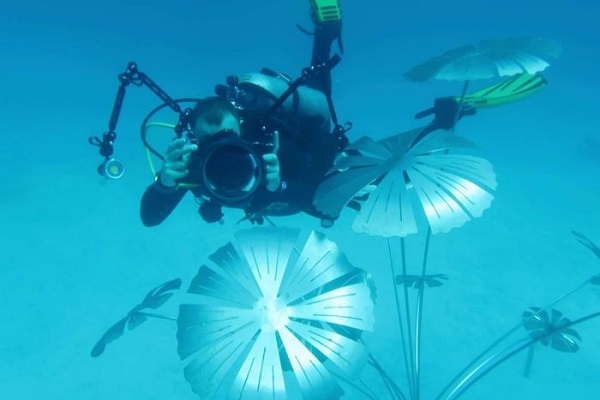 The project's first stage includes the ‘ocean siren’, a sculpture first installed on the Townsville Strand.

Set to open to tourists in April 2020, the project's first phase was funded by the Queensland Government.

Stage two of the project, for which the MOUA board says it has secured Federal Government funding, will include the installation of sculptures off Palm Island

MOUA Deputy Chair Dr Adam Smith said community discussions for the installation were ongoing, advising “stage two has been involved in a lot of consultation at Palm Island over the last year, with meetings and site inspections and environmental assessments

"We are hoping that we will have a decision on the preferred artwork - at the moment it is a choice of two.” 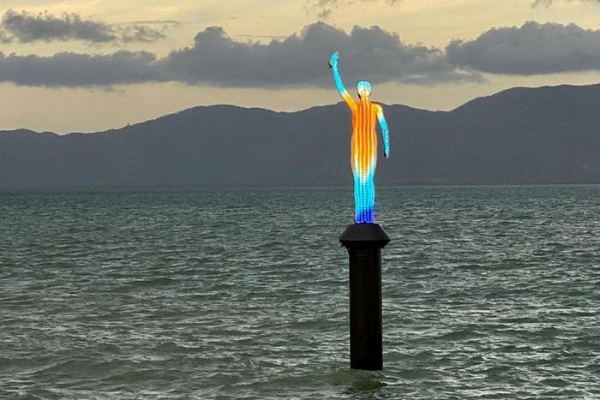 The MOUA board says discussions about a proposed sculpture at Magnetic Island off Townsville were still underway with no imminent plans.

Explaining the potential of the MOUA, Dr Smith added “it's at a beautiful, sheltered site at John Brewer Reef that will be accessible to snorkellers and scuba divers, and it's near one of the best reefs, in my view, on the whole Great Barrier Reef.

"(There is) up to 85% coral cover, diverse fish, so that tourists, scientists, and I hope a lot of the community from Townsville will plan to go out and see amazing underwater sculptures but also a healthy reef."

Images: Sculptures in tthe Museum of Underwater Art (top and middle) and the ‘ocean siren’ first installed on the Townsville Strand (below).