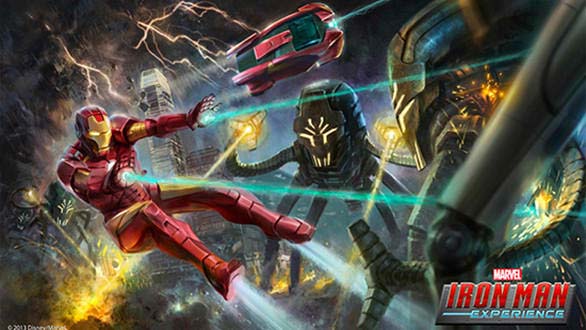 The Walt Disney Company and the Hong Kong Government has announced plans for a multi-year expansion of Hong Kong Disneyland.

The US$1.4 billion expansion, follow the opening in June of the Shanghai Disney Resort, will run from 2018 until 2023, during which new attractions for visitors will be launched progressively almost every year.

The development of Hong Kong Disneyland, which recently celebrated its 10th anniversary of operations, will include an all-new Frozen themed land where guests can experience the characters and stories from the beloved films and a dedicated Marvel themed area featuring exciting new Marvel attractions and entertainment the popular super hero franchise.

Other upgrades in the new expansion plan include a transformed Castle and Hub area to showcase new daytime and nighttime spectaculars and entertainment experiences, and a new entertainment venue, Moana’s Village Festival in Adventureland, which will feature a lively stage show.

The plans call for the expansion to be funded through cash equity injections from Hong Kong Disneyland’s shareholders – subsidiaries of The Walt Disney Company and the Hong Kong Government – based on current ownership stakes, which are 47% and 53%, respectively. That means Disney will put up $650 million and the Honk Kong Government $750 million. The Government finance is subject to approval by the Legislative Council.

Commenting on the expansion, Walt Disney Parks and Resorts Chairman Bob Chapek stated “we are more excited than ever about the future of Hong Kong Disneyland.

"This proposed expansion brings the best of The Walt Disney Company to this wonderful tourist destination, giving guests an experience only Disney can deliver and infusing some of Disney's most beloved characters and stories into this unique destination."

Since its 2005 opening, Hong Kong Disneyland has received over 58 million visitors during the first 10 years since its opening in 2005, bringing substantial economic benefits to Hong Kong.

In addition, Iron Man Experience, Disney Parks' first Marvel-themed ride, is set to open in January next year while the resort's third hotel, Disney Explorers Lodge, will open with 750 rooms later in the first half of the year.

Image shows the concept for the Iron Man Experience, due to open at Hong Kong Disneyland early next year.