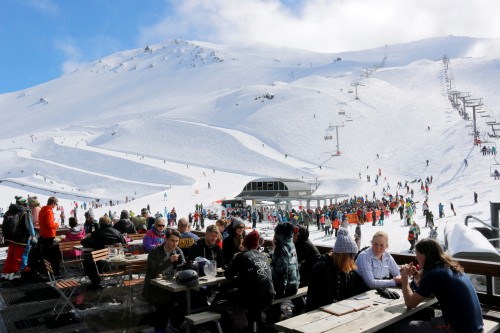 As a result of winter weather conditions not experienced in almost a decade, Canterbury’s Mt Hutt Ski Field will now remain open until mid-October, covering all the New Zealand and Australian state and territory school holidays.

“When you factor in our Spring Pass prices, that kids 10 and under are free at Mt Hutt, and the close proximity to Christchurch airport at an hour and a half, that is a pretty good offering for your spring school holidays.”

The Kids4Free Deal initiative between tourism operators in Methven provides several accommodation, dining and activities options as well as a Mt Hutt lift pass free of charge for children aged 10 and under. 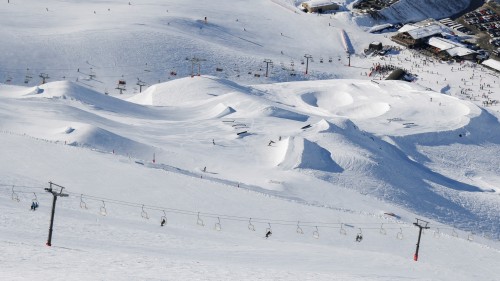 Mt Hutt, which was voted officially New Zealand’s best ski resort at the World Ski Awards again in 2016, has had a massive season with snow fall not seen in a decade.

McKenzie adds “we’ve just enjoyed one of the best weekends of the season to date following the 20cm top-up of powdery snow we received on Friday the first day of Spring.

“Conditions on trail are primo and off-trail has been sensational.”

With its altitude of 2086 metres making it one of the highest ski areas in New Zealand and an annual four-metre snow fall, Mt Hutt typically results in one of the longest snow seasons in New Zealand often with powdery conditions.

Located on the doorstep of Methven, Mt Hutt is Canterbury’s playground, a big mountain with wide groomed slopes, all-lift access for all abilities, top to bottom terrain parks with world class jumps , and friendly Kiwi hospitality. 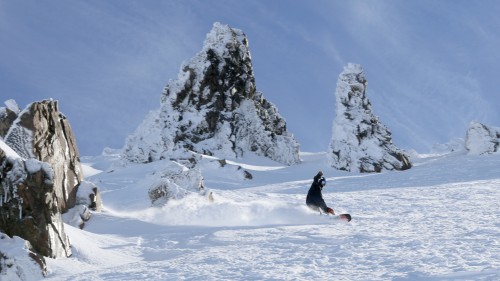 In 2017 the skiable terrain has grown by an additional 21 new hectares, new automated snow guns and modified terrain at the upper mountain boost snow coverage on the higher runs and the addition of a pisten bully winch groomer will help maintain that snow for longer. During the season, a spa pool from Alpine Spas was installed at the top of Summit Six, the highest lift accessible point on the mountain.

Other features that make Mt Hutt so popular is the longest vertical drop in the South Island, the spectacular views across the Canterbury Plains - on a clear day you can see the Pacific Ocean in one direction and into the heart of the Southern Alps in the other – and the extensive terrain for all abilities, including four freestyle parks.

Images from last weekend at Mt Hutt (from top): the view from Mt Hutt's base, Jib Garden and the Coming Down Towers. All courtesy of Mt Hutt.