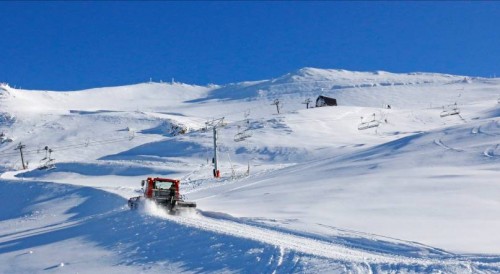 As the first South Island ski field to open, Mt Hutt Ski Area Manager James McKenzie expects a great start to the season, stating “thanks to the 25-30cm snow dump on Sunday and long periods of cold temperatures the mountain looks like it’s been dipped in white chocolate - it’s absolutely stunning up here. Mt Hutt is shaping up for another award-winning season.”

“Thanks to our awesome snowmaking team, our snow base is sitting between 30 and 50cms on our main trails which is fantastic.”

McKenzie adds “we know there’s a lot of keen skiers and riders who have been waiting for this, and we’re looking forward to rolling out the white carpet.”

All the main trails and some park terrain opened today at 9am with this year seeing improvements to the base lodge included upgraded toilet facilities and extended coffee bars, increased skiable terrain with an additional 21 hectares at the South West face, new automated snow guns and modified terrain at the upper mountain to boost snow coverage on the higher runs. 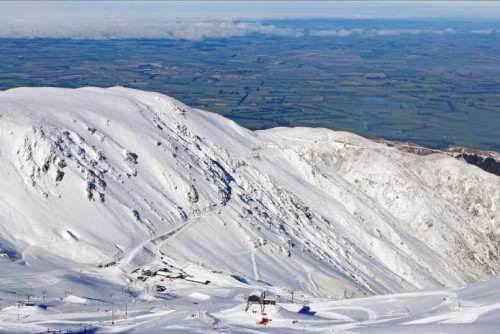 McKenzie continued “this is Canterbury’s playground, with a friendly vibe, great customer service and excellent facilities.

“This is a big mountain with wide groomed slopes, all-lift access for all abilities, top to bottom terrain parks with world-class jumps.”

Mt Hutt’s Kids4Free Deal is a huge attraction with tourism operators in Methven, the closest town to the resort, providing several accommodation, dining and activities options for children aged 10 and under free of charge with one adult. This includes Mt Hutt where children 10 and under get a lift pass free of charge every day of the season.

Other features that make Mt Hutt so popular is the long vertical drops, the spectacular views across the Canterbury Plains - on a clear day you can see the Pacific Ocean in one direction and into the heart of the Southern Alps in the other – and the extensive terrain for all abilities, including four freestyle parks.

Located about 90 minutes from Christchurch, Mt Hutt was voted New Zealand’s Best Ski Resort at the World Ski Awards in both 2015 and 2016. 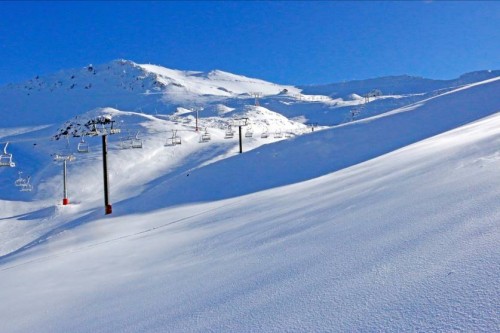 For more information go to www.mthutt.co.nz