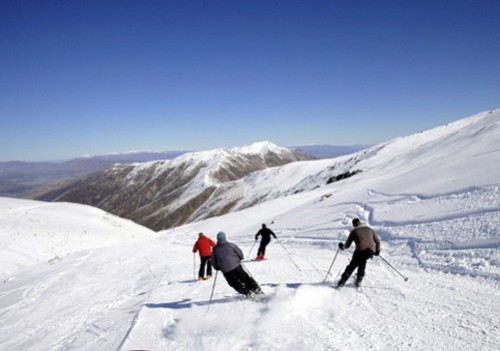 Aiming to introduce these improvements over the next three to five years, subject to planning and other consents, the expansion will enhance Mt Dobson’s 400 hectare ski area.

Looking to the future, Allan Foote explains “the ski area is central to our family legacy and we want to build on dad’s hard work and tenacity.

“It’s part of mid and south Canterbury DNA and we want to continue to offer skiers a fantastic experience.”

The mid and south Canterbury markets are vital to Mt Dobson and skiers are being offered arguably the best Season Pass offer seen in New Zealand for well over a decade.

Allan Foote added “we’re offering a strictly limited number of 2017 Season Passes on a first come, first served basis. Adults will be just $199, youths $149 and children $99. Under fives and over seventies will ski for free except for a $5 pass processing fee.” 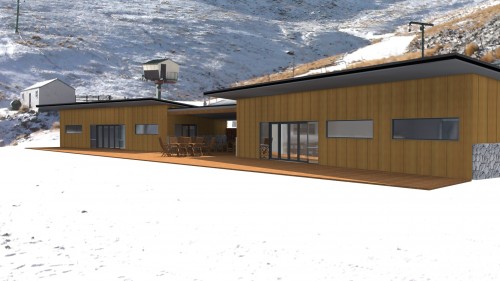 Mt Dobson is known for its all day sun and with a base area of altitude of 1725 metres, is also high, helping with better snowmaking conditions and limiting the effects of possible future climate change.

Allan Foote concludes “our size and altitude offers us a huge natural advantage. Being close to Tekapo and Fairlie as well as being on a main tourist route are also great strengths.

“We feel very confident about a long, successful and sustainable future in the mid and South Canterbury region.”

Earlybird Season Passes (on sale until 18th December 2016 or until sales limit is reached, which ever comes first) are currently NZ$199 for an adult and NZ$99 for five to twelve years of age.

Images: Action on the slopes at the Mt Dobson Ski Area (top) and the proposed new base buildings at Mt Dobson (below)